Jamie Lee Curtis, who presents the trailer, promises the event attendees that the movie is 'going to scare the living s**t out of all of you.'

AceShowbiz - After releasing the first poster, "Halloween" got its first trailer presented by Jamie Lee Curtis at CinemaCon on Wednesday, April 25. It seemed like the filming of the horror flick was done as the first trailer looked like a finished product. What's more, it successfully scared the hell out of all attendees.

The trailer opens with Jamie's Laurie Strode's granddaughter (Andi Matichak) saying, "Everyone in my family turns into a nutcase this time of year." The words come out from the little girl with a reason. Laurie has armed her house with weapons and traps in case The Shape (James Jude Courtney and Nick Castle) returns. She wants to take revenge for what the killer had done to her 40 years ago.

An Investigator team, assigned to investigate the incident, comes to the town where the incident occurred to interview survivors. Laurie, her granddaughter and her Haddonfield friends are discussing how Laurie survived the incident, when the investigators come knocking.

"Do you know I've prayed every night for his escape?" Laurie tells an investigator. Surprised, the investigator further asks, "Why would you do that?" Confidently, Laurie replies, "So I can kill him." Then, her wish is fulfilled as Michael Myers' bus crashes and he is ready to return.

Jamie made one thing clear about the reboot, saying, "[It's] not the piece of s**t 'Virus' I made in the 1990s and I apologize for it." She added, "This movie is hella scary."

Jamie told the attendees of her past experience starring in the original movie. "I first played Laurie Strode when I was 19 years old... 1978, we had no money when we made 'Halloween'," Jamie recalled, explaining that "even Michael Myers' mask was originally a William Shatner mask picked up at a local store."

She continued, "So now as a 59-year-old woman, when they came to me and said they wanted me to play Laurie again, I heard what they said and said yes immediately... Except for 'Star Wars', I can't think of another movie where the same actor is playing the same part 40 years later."

Jamie echoed the horror tone of the upcoming movie. She said, "It's going to scare the living s**t out of all of you," and it already did. Kevin Hart, who was supposed to present a trailer from "Night School" after the horror trailer was presented, said that he was still shaking. "Is he here? Is [producer] Jason [Blum] here?" asked the frightened Kevin.

"Halloween" is slated to hit U.S. theaters on October 19. 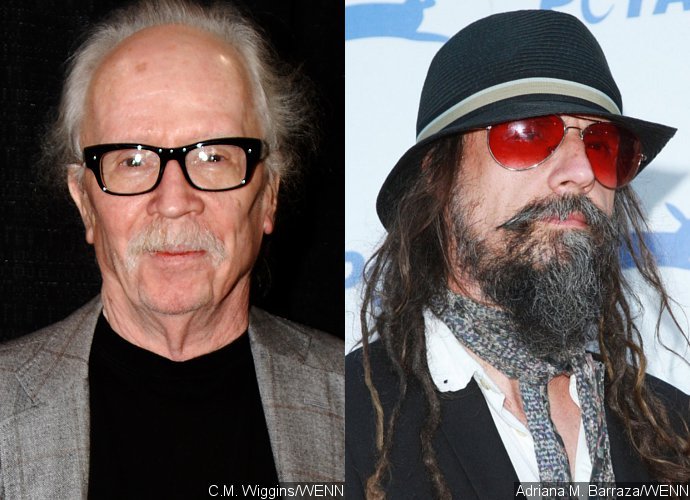