AceShowbiz - Selena Gomez has debuted her new super short haircut. The 25-year-old singer/actress rocked a chin-length bob with no fringe when spotted in Malibu, California on Friday, March 16. She debuted her fresh look just a few days before the official spring season begins.

The "Wolves" singer was wearing a pair of baggy jeans, a nude-colored tube top, an oversized beige cardigan, white sneakers and dark sunglasses while carrying a Bible. She reportedly grabbed lunch at Nobu with a female friend.

Her longtime hairstylist Marissa Marino is apparently the one responsible for Selena's new look. She took to Instagram Stories to share a snap of the star during her outing, captioning it with "Blunt Bob." 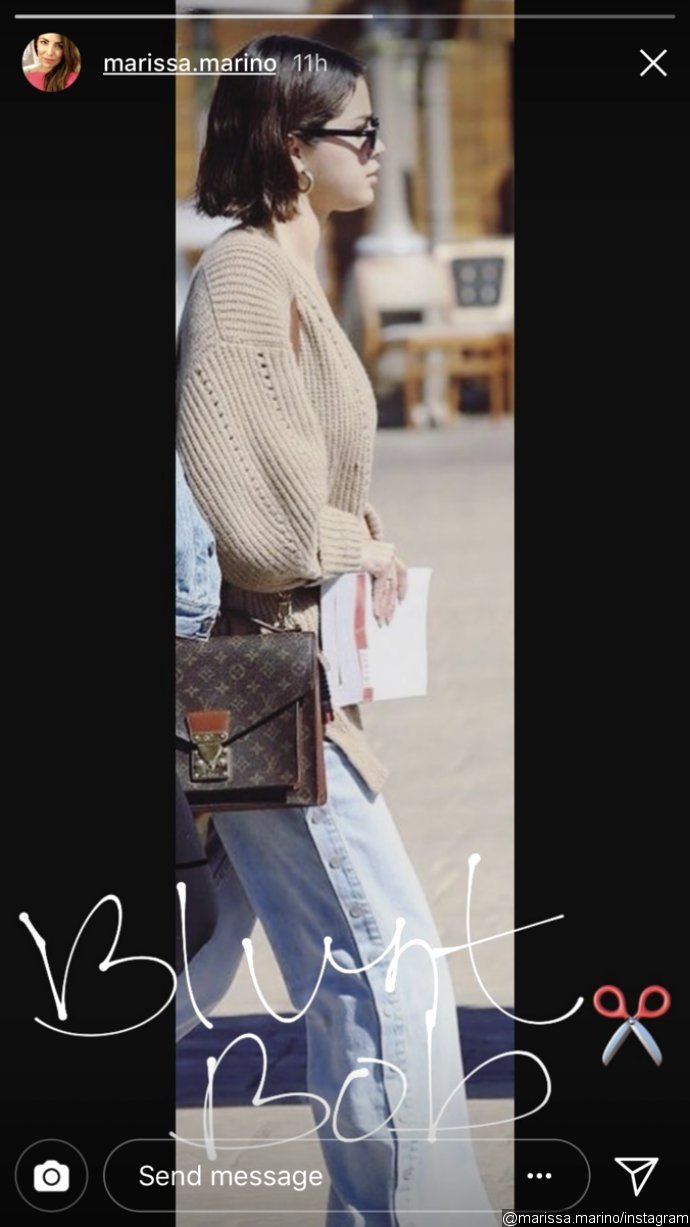 Selena has been experimenting with her hairstyles in the past year. After debuting her platinum blonde hair at the American Music Awards in November, she dyed her hair back to brunette and debuted new bangs at New York Fashion Week in February.

Selena is currently taking a break in her relationship with Justin Bieber. Early report said the couple took the decision because of her mother Mandy Teefey, who doesn't approve of her daughter's reconciliation with Justin.

However, a source told PEOPLE that Selena's mom is not the reason why the "Monte Carlo" star and the Canadian singer decided to take some time apart. "They're not on a break because of her relationship with her mom. They have their own issues and are always on and off," the source claimed. "She wouldn't base her relationship off of what her mom thinks."

The source added, though, "They've been having disagreements, but it wouldn't be surprising if they're back together in a week."

Selena and Justin were dating on and off in 2010 until 2014. They rekindled their romance in late 2017, not long after she broke up with The Weeknd.