The 'Bodak Yellow' hitmaker has suspiciously covered her stomach on many occasions amid persistent pregnancy rumors.

AceShowbiz - Cardi B pregnancy rumors just won't die down despite her repeated denials. Latest news says the Bronx femcee is currently six months along in her pregnancy and is ready to pop out this summer. She is reportedly due the first week of July.

Sources tell TMZ that the "Bodak Yellow (Money Moves)" hitmaker will still perform at Coachella despite her pregnancy. If the pregnancy rumors are true, she will be seven months pregnant with her fiance Offset's baby when she takes the stage next month at Coachella.

In fact, Cardi reportedly plans to remain working until she gives birth. She has been working in the studio to complete her debut album, which has been long awaited by fans. She is also scheduled to join Bruno Mars on his tour in September, just two months after she purportedly gives birth to her first child.

The site previously reported that Cardi told staffers at a nightclub where she performed over Super Bowl weekend that she didn't want to be in a "party atmosphere" and only drank Fiji water. One of Cardi's reps reportedly said that the raptress was 3 to 4 months pregnant.

The 25-year-old star has denied it, saying on Instagram last month, "No b***h I'm just getting fat. Let me fat in peace."

Nevertheless, the rumors keep spreading like wild fire as the "Bartier Cardi" rapper has been suspiciously covering her stomach on many occasions. For example, she had a white fur wool draped over her shoulder and down to her stomach at the Christian Siriano show during New York Fashion Week on February 10.

A few days before, she covered up in a black coat at the Jeremy Scott show at the NYFW. She later wore a strapless patterned gown, which had a black bow just below the chest, when attending the Marc Jacobs FW/18 show during the same festival on February 14. 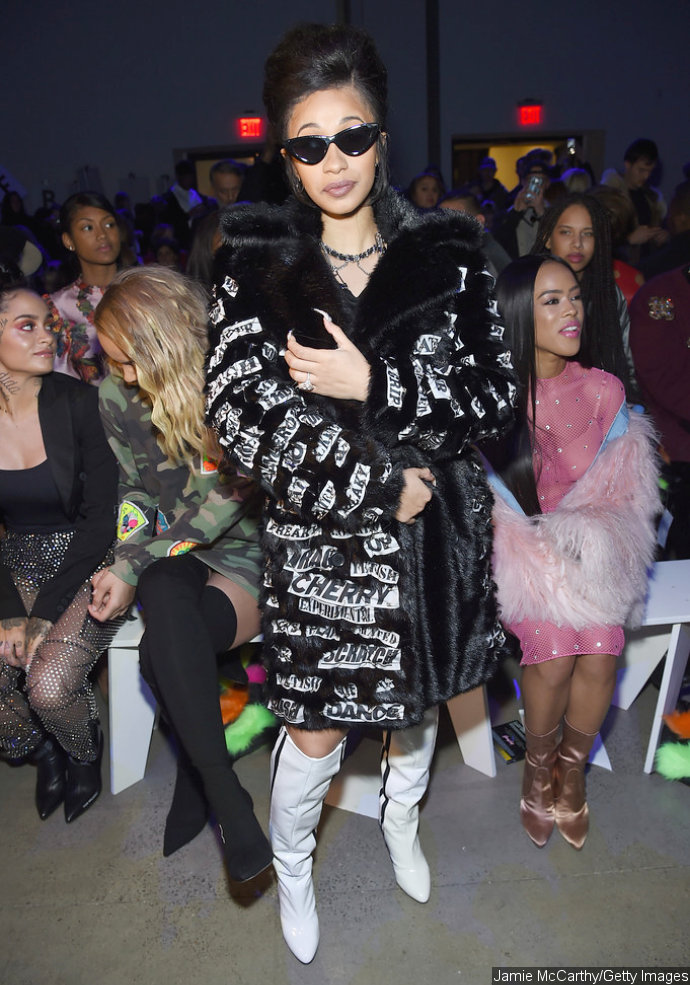 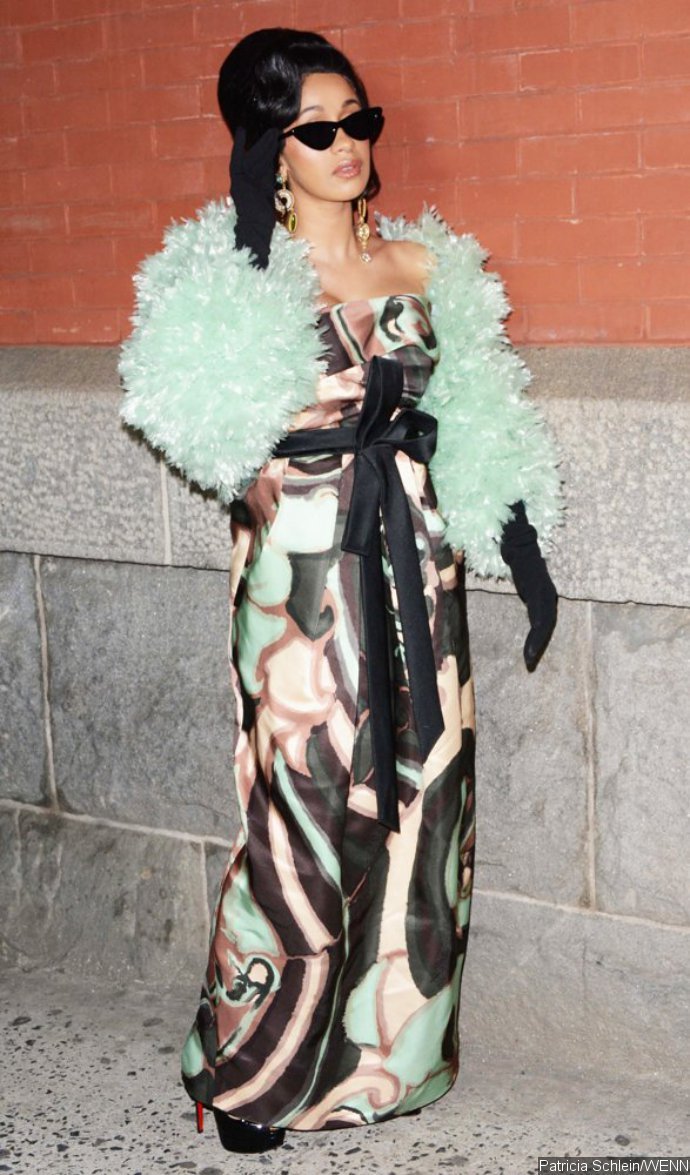 Most recently at iHeart Radio Music Awards which was held in Los Angeles on March 11, Cardi wore a mini red dress with layered tulle skirt that once again covered her midsection. She opted for a similar skirt style when performing at the show in an edgier black outfit.

I love this Dress from @csiriano Earrings by @steferejewelry | Rings @messikajewelry

I have to thank @itsjeremyscott for personally making sure that my @iheartradio look was perfect!! You are one of a kind and so talented!! Can’t thank you enough!! Styled by: @kollincarter

Cardi B Unveiled as 2020 Billboard Woman of the Year