Cardi B Covers Midsection at NYFW Amid Pregnancy Rumors

A previous picture showing the 'Bodak Yellow' hitmaker clad in a bodysuit during her concert has got fans convinced that she's pregnant with her and fiance Offset's baby.

AceShowbiz - Is there a bun in the oven? %cCardi B% has been hit with pregnancy rumors as she reportedly avoided alcohol at an event over Super Bowl weekend. The rapper was one of the performers at the Maxim party in Minneapolis, where there were two VIP areas, one at the side of the stage that was reserved for talent and football players, and the other in the back of the venue which was reserved specifically for Cardi and her entourage.

According to TMZ, after she performed, a venue staffer offered to escort Cardi and her entourage back to her VIP room, where alcohol was served. One of Cardi's reps reportedly turned down the offer because she didn't want to be in a "party atmosphere" and preferred to stay in the area by the stage and drink Fiji water. The rep allegedly told the staffer Cardi was 3 to 4 months pregnant.

Fans are more convinced that the "Bartier Cardi" rapper is indeed pregnant with her and her fiance %cOffset%'s child after seeing a photo of Cardi at her recent concert. Clad in a bodysuit, the 25-year-old star sported what appears to be a small baby bump while performing onstage.

Amid the pregnancy speculations, Cardi covered her midsection when attending the Marc Jacobs FW/18 show during New York Fashion Week on Wednesday, February 14. She wore a strapless patterned gown, which had a black bow just below the chest, from the fashion brand. She teamed up the dress with a furry seafoam shrug and peep-toe Louboutins selected by stylist Kollin Carter. 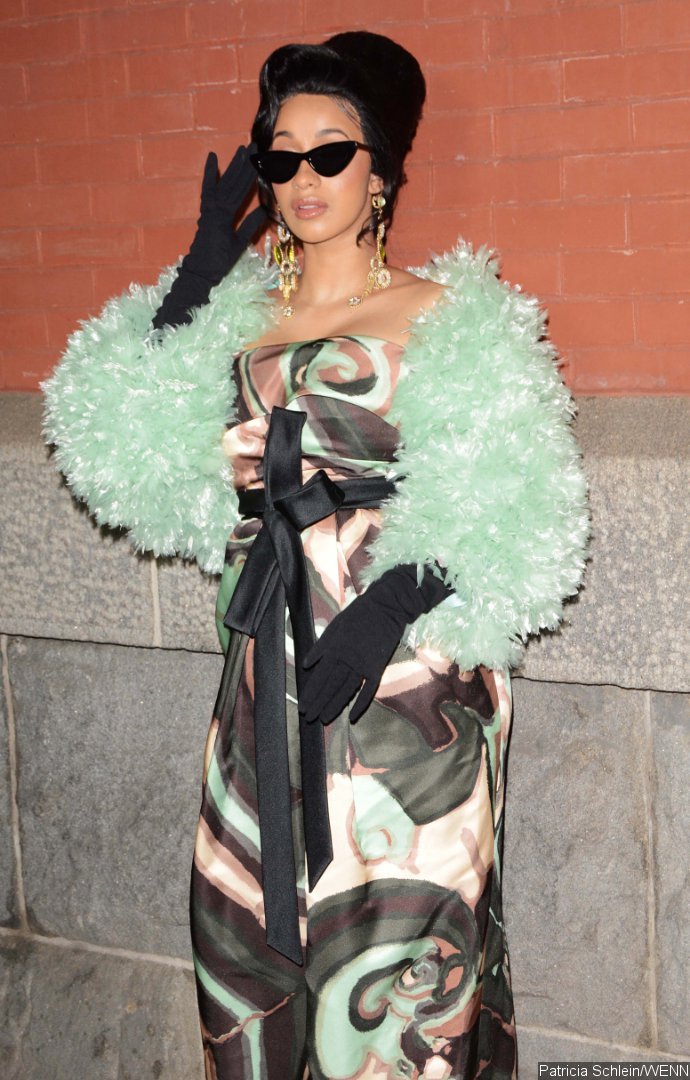 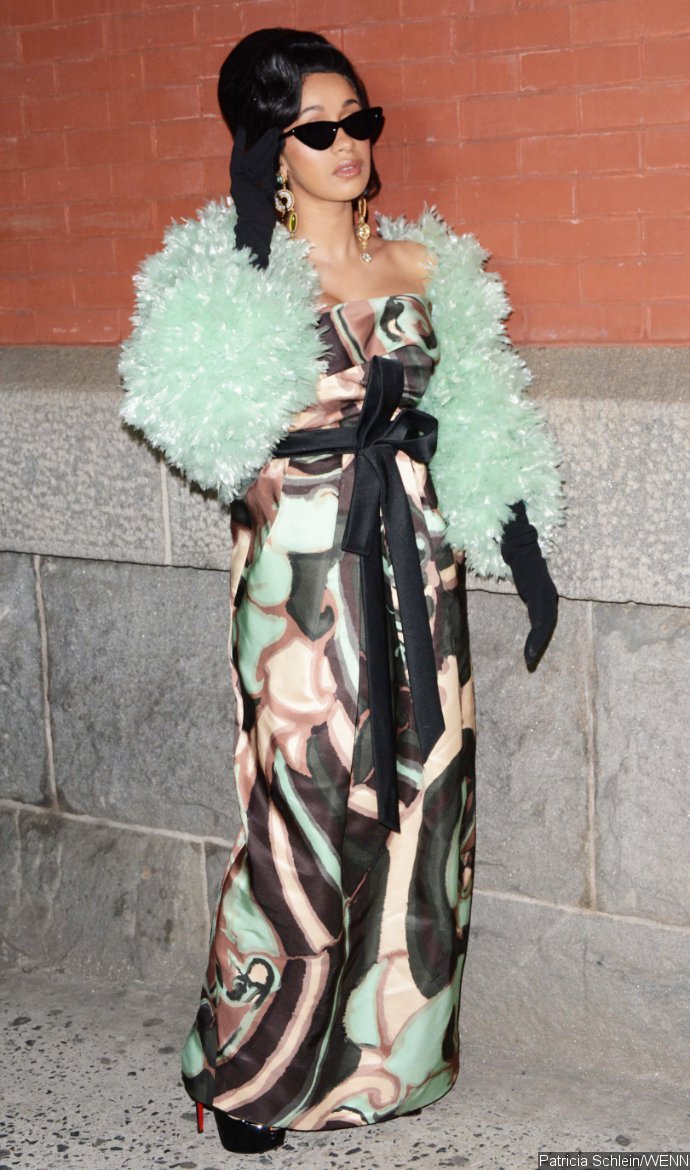 Cardi previously had repeatedly denied she's pregnant. She said on Instagram, she wasn't pregnant, saying, "No b***h I'm just getting fat. Let me fat in peace."

While she has not responded to the latest rumors, the Bronx femcee has taken to the photo-sharing website to wish her fiance Offset happy Valentine's Day. "REAL relationship Not Relationship goals .Happy V-day my love [heart emoji]ily ,I don't know how we deal with each other, we both crazy," she captioned a photo of her sharing a hug with the %cMigos% member.

REAL relationship Not Relationship goals .Happy V-day my love ❤️ily ,I don’t know how we deal with each other, we both crazy 😂😩😩

She also revealed a fancy gift she got from Offset on the special day, a sparkly necklace and a matching bracelet, on two videos posted on her account. "I F***ING LOOVEEEEEE YOUUUUUUUUUUUU @offsetyrn .I wish i can hug you right now I LOVEEEEEEEE YOU OMMMMMGGGGGGGG," she captioned one video.

"Thanks @offsetyrn I love you," she added in another post showing her rocking her new jewelries.