The 'Wonder Woman' sequel reportedly will introduce Cheetah and Warner Bros. is looking for a big name to fill the role.

AceShowbiz - Could Cheetah be the villain of "Wonder Woman 2"? That's what That Hashtag Show has reported. According to the site, the follow-up to the 2017 DC superhero film will introduce the clawed supervillain as its central antagonist.

Sources tell the site that the script of the "Wonder Woman" sequel which is developed by Patty Jenkins, Geoff Johns and Dave Callahan will prominently feature Cheetah as the villain Diana Prince a.k.a. the title character has to take on.

Created by William Moulton Marston, Cheetah has four different incarnations since the character's debut. Priscilla Rich took the mantle of the Golden and Silver Age Cheetah, while Deborah Domaine was the Bronze Age Cheetah. Barbara Ann Minerva was the third and is current person to use the alias in DC's original comics. Meanwhile, Sebastian Ballesteros, a male usurper, briefly assumed the role in 2001.

The cinematic iteration of the character is said to be based on the current Cheetah Barbara Ann Minerva. The sources suggest that Warner Bros. Pictures was trying to court Emma Stone, who played another comic book character, Gwen Stacy, in Sony's "The Amazing Spider-Man" and its sequel, to take the part, but she turned down the offer.

"Wonder Woman 2", which is said to be set in the '80s during the waning days of the Cold War, is expected to begin filming on May 28 in London with Jenkins returning to serve behind the lens, according to sources. Gal Gadot will reprise her role as the titular superheroine, with Chris Pine, Said Taghmaoui and Ewen Bremner also returning.

Additionally, Lynda Carter, who played the original Wonder Woman on the 1970s TV show, was previously said to be circling a role in the sequel, which is currently set to hit theaters across the U.S. on November 1, 2019. Deborah and Zack Snyder are serving as producers. 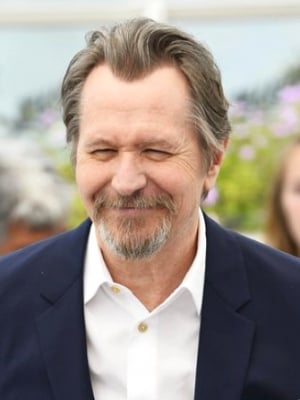