AceShowbiz - Jamie Dornan is truly a man of talents. The Irish actor proves that acting is not the only skill he has by lending his voice for one of the tracks off "Fifty Shades Freed" soundtrack album. Dornan covers Paul McCartney's 1970 track "Maybe I'm Amazed".

The cover may be short, but fans of the actor were happy enough as they could hear Dornan's gentle vocals. In an interview with ITV's Lorraine Kelly, Dornan explained that there was actually a plan to release a longer version of the cover, but it never happened. He also said that he hadn't heard the song yet since he presumed "it's not very good."

"I kind of got through it," the Christian Grey depicter shared. "There was a plan to have a longer version on the soundtrack, but they ended up just putting the bit we did on the day as a bonus track."

Dornan then went on recalling the moment when he filmed the singing scene, saying that he was pressured after watching Sarah McLachlan's rendition. "We were shooting at the home of Canadian singer Sarah McLachlan and she did a rendition of a couple of her songs before [filming began]," he said.

"Everyone was spellbound by this amazing singing," Dornan continued. "She finished and everyone was crying, and then they were like, 'OK, Jamie, we're ready for you now.' And I had to say, 'Can everyone leave? I cannot bear to try and follow that!' " 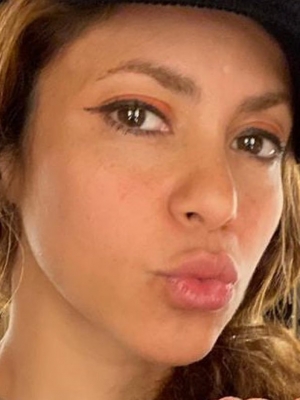