The 50-year-old Oscar-winning actress was pictured getting very emotional with her 21-year-old co-star while filming a cemetery scene for 'Ben Is Back' on Tuesday morning in New York.

AceShowbiz - Expect Julia Roberts to get very emotional in her new film called "Ben Is Back". The 50-year-old Oscar-winning actress was spotted filming an emotional scene for the upcoming movie with co-star Lucas Hedges in a cemetery on Tuesday morning, December 19 in Haverstraw, New York.

In some photos taken from the set, Julia could be seen getting into a heated argument with Lucas, who plays her son a.k.a. the titular character in the film. Dressed warmly in a long green coat with a fur-lining on the hood, skinny blue jeans and black leather boots complete with a gray beanie and tartan scarf, she yelled as she got on the passenger side of her character's car and opened the door. 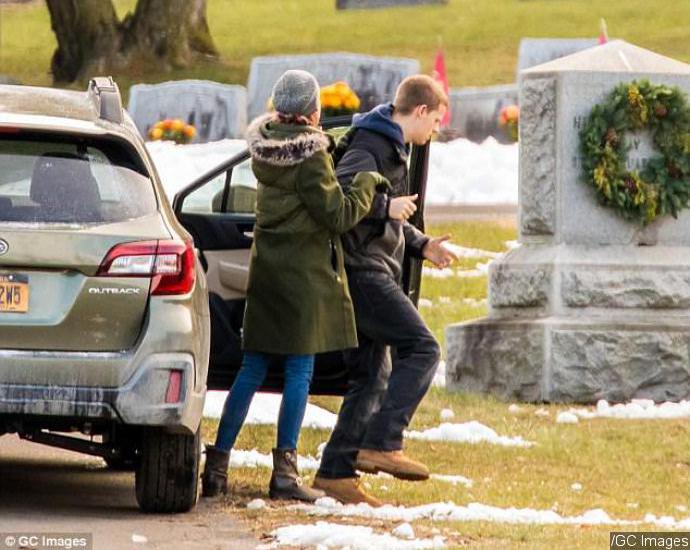 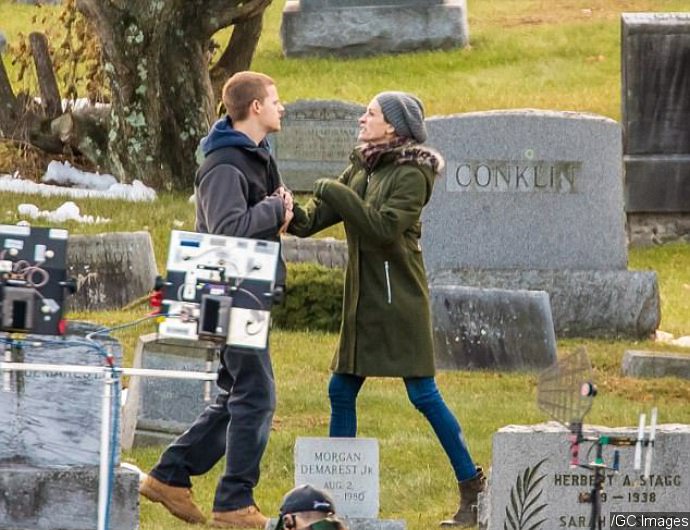 She then seemingly forced Lucas out of the vehicle, pushing him onto the lawn with the gravestones. The 21-year-old Oscar-nominated actor, who dressed as his character in a black-and-gray jacket, dark jeans and a pair of beige shoes, at one point could be seen on his knees while embracing his on-screen mother. 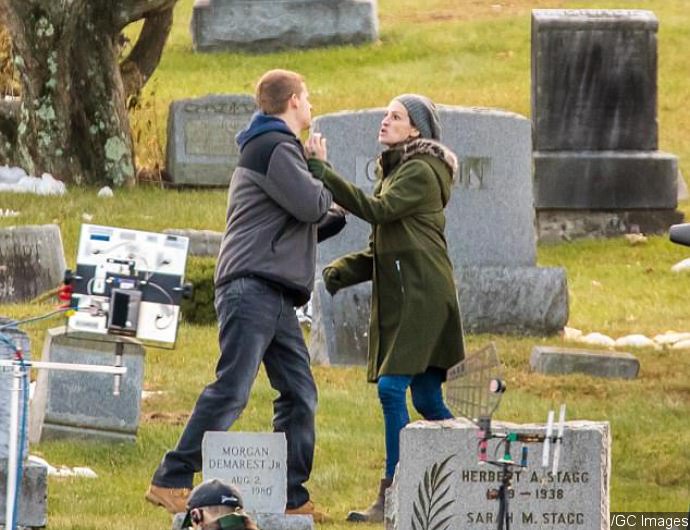 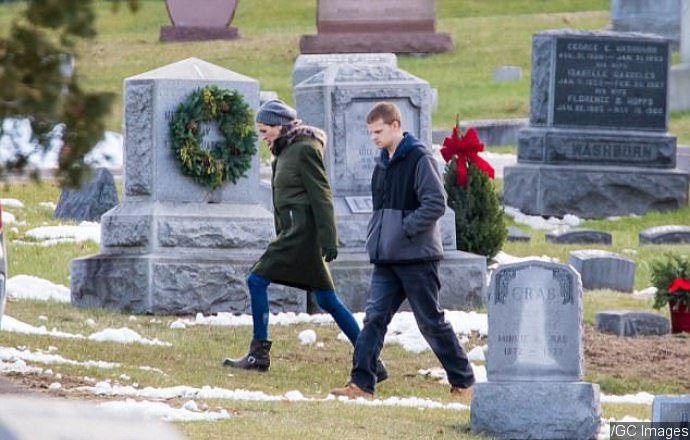 "Ben Is Back" is expected to be released in theaters across the United States sometime next year. Serving behind the lens is Lucas' father, Oscar-nominated filmmaker Peter Hedges, who also wrote the screenplay. Peter also serves as a producer along with Nina Jacobson, Teddy Schwarzman and Brad Simpson.

The drama follows the charming yet troubled Ben Burns, who returns home to his unsuspecting family one fateful Christmas Eve. Ben's wary mother Holly Burns welcomes her beloved son's return, but soon learns he is still very much in harm's way. During the 24 hours that may change their lives forever, Holly must do everything in her power to avoid the family's downfall.

Co-starring Julia and Lucas in the upcoming film are Kathryn Newton who plays Ivy Burns, Ben's sister and Holly's daughter, and Courtney B. Vance who portrays Mr. Burns, Holly's husband and Ben and Ivy's stepfather. They're joined by Alexandra Park, who portrays a character named Cara K.