AceShowbiz - %cGabby Douglas% has come forward as the victim of sexual abuse, days after sparking outrage on Twitter for saying that women should dress "modestly" to prevent sexual assault. On Tuesday, November 21, she posted a lengthy message on Instagram that indicated that she was one of the victims of Larry Nassar, the former USA Gymnastics team doctor who has been charged with molesting seven girls.

"First, I want to reiterate my apology for responding the way that I did to a comment that one of my teammates posted. I know some of you may take what I am about to say as insincere, but I still wanted to provide context," she opened her post.

"I didn't view my comments as victim shaming because I know that no matter what you wear, it NEVER gives anyone the right to harass or abuse you," she continued. "It would be like saying that because of the leotards we wore, it was out fault that we were abused by Larry Nassar. I didn't publicly share my experiences as well as many other things because for years we were conditioned to stay silent and honestly some things were extremely painful. I wholeheartedly support my teammates for coming forward with what happened to them."

She added, "Please forgive me for not being more responsible with how I handle the situation. To every other individual that commented to or about me hatefully, I apologize that I let you down too. I will never stop promoting unity, positivity, strength, being courageous and doing good instead of evil. I have learned from this and I'm determined to be even better."

Earlier this month, Douglas' teammate %cAly Raisman% accused Nassar of abusing her. In October, former U.S. gymnast %cMcKayla Maroney% said that Nassar abused her from when she was 13 until she left the sport. %cJamie Dantzscher% also came forward with similar accusation against Nassar.

A few days ago, Raisman wrote a message on Twitter urging people to stop victim-shaming. "Just because a woman does a sexy photoshoot or wears a sexy outfit does not give a man the right to shame her or not believe her when she comes forward about sexual abuse," she wrote.

Douglas' response to Raisman's tweet was shocking as she wrote, "However it is our responsibility as women to dress modestly and be classy. Dressing in a provocative/sexual way entices the wrong crowd."

Fellow Olympic gymnast %cSimone Biles% slammed Douglas for her comment. "Shocks me that I'm seeing this but it doesn't surprise me... honestly seeing this brings me to tears bc as your teammate I expected more from you & to support her. I support you Aly & all the other women out there! STAY STRONG," Biles wrote on Twitter.

Douglas later deleted her earlier statement and changed her opinion on the matter. She wrote on a another post, "i didn't correctly word my reply & i am deeply sorry for coming off like i don't stand alongside my teammates. regardless of what you wear, abuse under any circumstance is never acceptable. i am WITH you. #metoo." 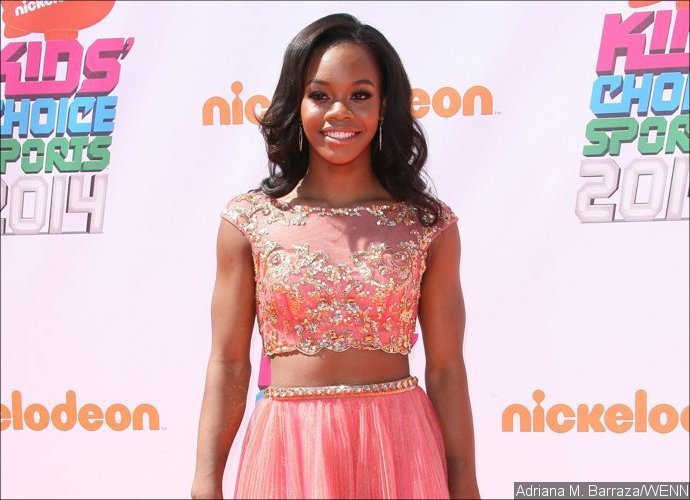 Gabby Douglas Apologizes After Missing VMAs due to Health Issues