The 41-year-old handsome actor shocked everyone when he showed off a new bald look when gracing the red carpet at the Louis Vuitton event on Thursday.

AceShowbiz - Alexander Skarsgard proves that he can pull any haircut off, including bald head. The 41-year-old hunk shocked everyone when he showed off a new bald look when gracing the red carpet at the Volez Voquez Voyagez x Louis Vuitton event on Thursday, October 26.

The "True Blood" alum looked dapper in black suit, which he paired with an opened necked-blue shirt and leather shoes. This huge transformation doesn't make Skarsgard, who used to thrill fans with his long hair for his role as Tarzan, less attractive. 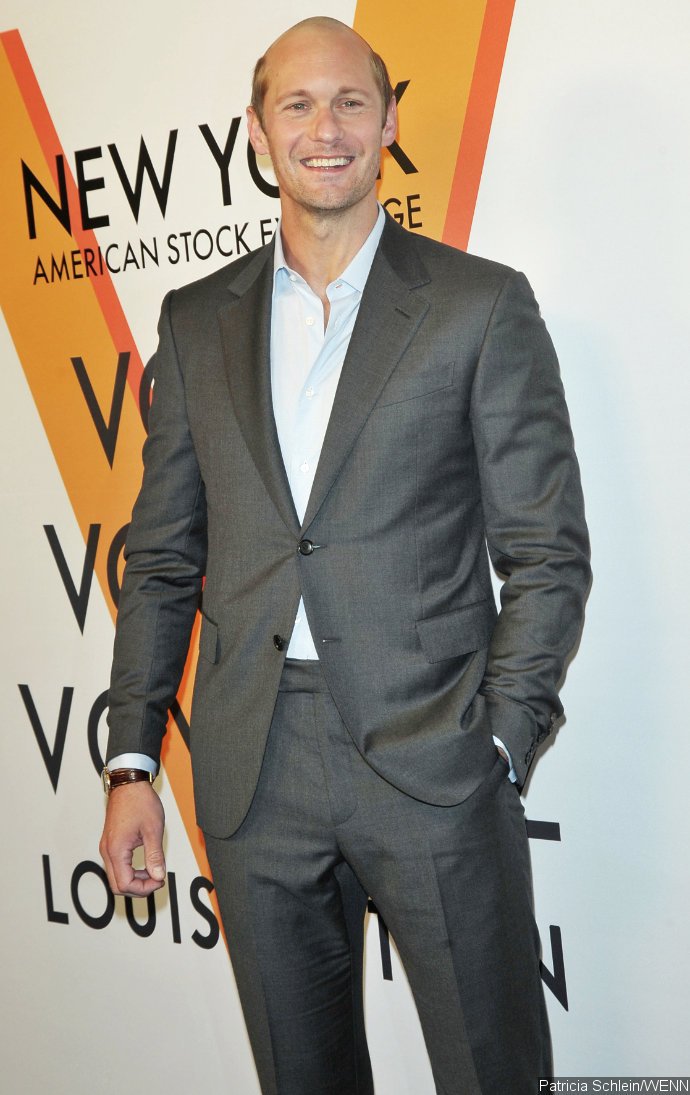 Skarsgard's new haircut sparked speculation that it was for his role in his upcoming drama "The Hummingbird Project". The forthcoming movie, in which he will star opposite Jesse Eisenberg and Salma Hayek, follows a pair of high-frequency traders who "go up against their old boss in an effort to make millions in a fiber-optic cable deal." Skarsgard is set to play a character named Anton Zaleski. 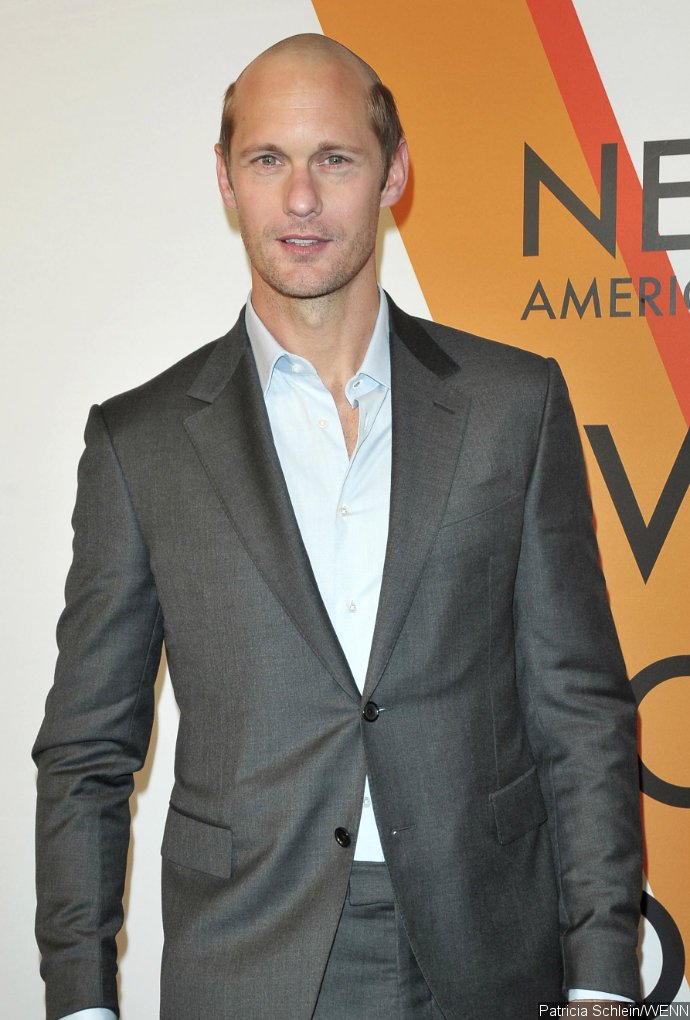 Earlier that day, the "Big Little Lies" star was going undercover as he wore a navy beanie to hide his new hair look. The brother of Bill Skarsgard kept it casual in khaki long-sleeved sweatshirt, gray pants and a pair of suede shoes. He completed his look with shades, while toting a black shoulder bag.

Skarsgard previously sent fans into a frenzy after he locked lips with "Big Little Lies" co-star Nicole Kidman, or more precisely, it was Kidman who gave the actor congratulatory kiss when he walked his way to receive his Emmy. Nicole addressed it during her appearance on "The Graham Norton Show".

The 50-year-old actress joked to the host, "I did kiss [Keith Urban]. But you've got to understand I did everything with Alex. I've got an amazing, supportive, gorgeous husband who I love more than anything in the world and I gave Alex a congratulatory kiss and he's like a mannequin."

Alexander Skarsgard Reveals Why He Has Been Homeless for Two Years