Less than two months after welcoming their first child, the 'Twilight' actress and the 'Vampire Diaries' alum made their first red carpet appearance together at an L.A. event on Friday afternoon.

AceShowbiz - Nikki Reed and her husband Ian Somerhalder have made their first red carpet appearance since welcoming their baby girl less than a couple of months ago. The spouses were stepping out to attend EIF Presents: XQ Super School Live Event which took place on Friday afternoon, September 8 in Los Angeles.

Nikki looked stunning in a silky, multi-colored floral maxi dress as she posed for photos at the event held at Barker Hangar in Santa Monica, California. The Rosalie Hale of the "Twilight Saga" film series wore her long brown locks down in loose beachy waves and sported minimal makeup and dark red lips.

Her husband of more than two year, meanwhile, opted for a simple look in a white buttoned down shirt with the sleeves rolled up to his elbows. The former star of "The Vampire Diaries" paired it with dark brown pants and black shoes. He kept his hair in a naturally disarranged messy look. 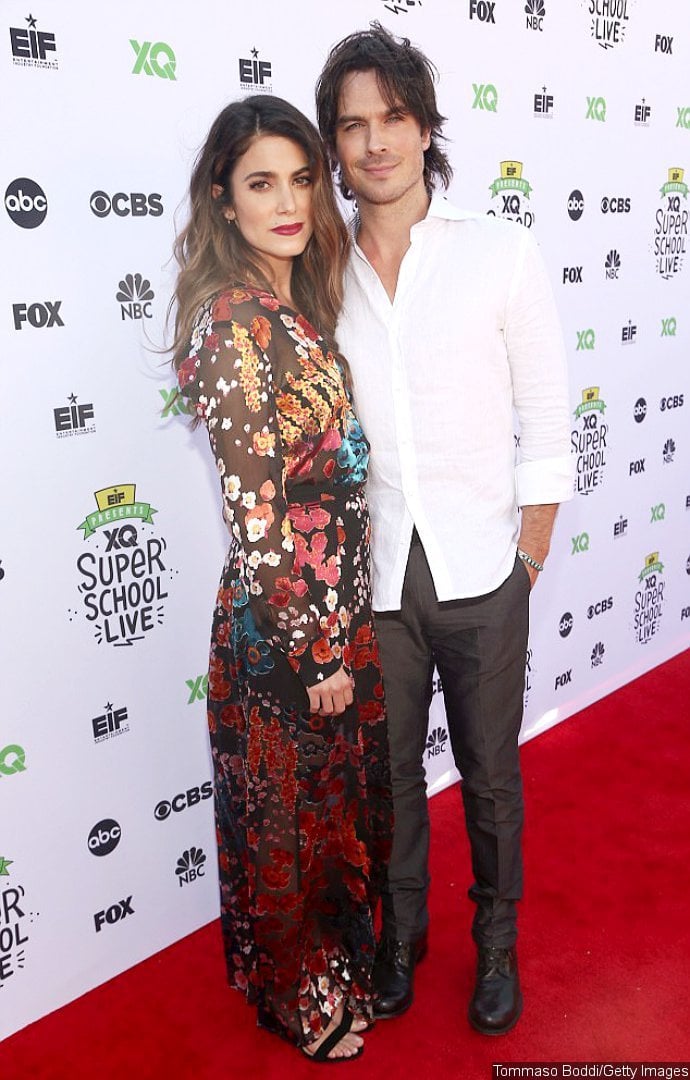 Aside from Nikki and Ian, Viola Davis, Jennifer Hudson, Justin Timberlake, Tom Hanks, Kelly Clarkson, James Corden and Chance the Rapper were also among celebrities who flocked to the red carpet ahead of the one-hour telecast for the Entertainment Industry Foundation's event, which invites the public to consider the state of high schools today and what they might be in the future.

The star-studded telecast recognizes people across the country who have started a movement to transform high school education in their areas. Ian shared during the telecast, "Don't just talk about helping kids succeed. Give them job, internships, apprenticeships so the kids can earn success." He added, "If you want to find out more about ways to expand boundaries of learning beyond school, text 'PATHWAY' to 225568. Do it now!"

36-year-old singer Justin said, "As the father of a 2-year-old son, I think about his future a lot. We're living in complicated times and we disagree about a lot of things. But one thing we can all agree on is the importance of an education, am I right? We owe it to our kids to get them the best shot at life."

Nicki Minaj and John Mayer Get Flirty on Twitter: 'Would My Body Be Your Wonderland?'