The 'Fetish' songstress and the Canadian singer prove that they're still going strong as they get cozy during their low-key date.

AceShowbiz - What fighting?! Selena Gomez and The Weeknd squashed rumor that they're on the verge of breaking up by showing some PDA in a new picture from their date night. The lovebirds spent time cuddling at home on Sunday, August 20.

In the photo posted on the Canadian singer's Instagram Stories, they got cozy with each other. The 27-year-old singer wrapped his arms around his girlfriend while holding a video game controller. The former Disney darling, who donned a black hoodie, closed her eyes as she rested on her beau's lap. 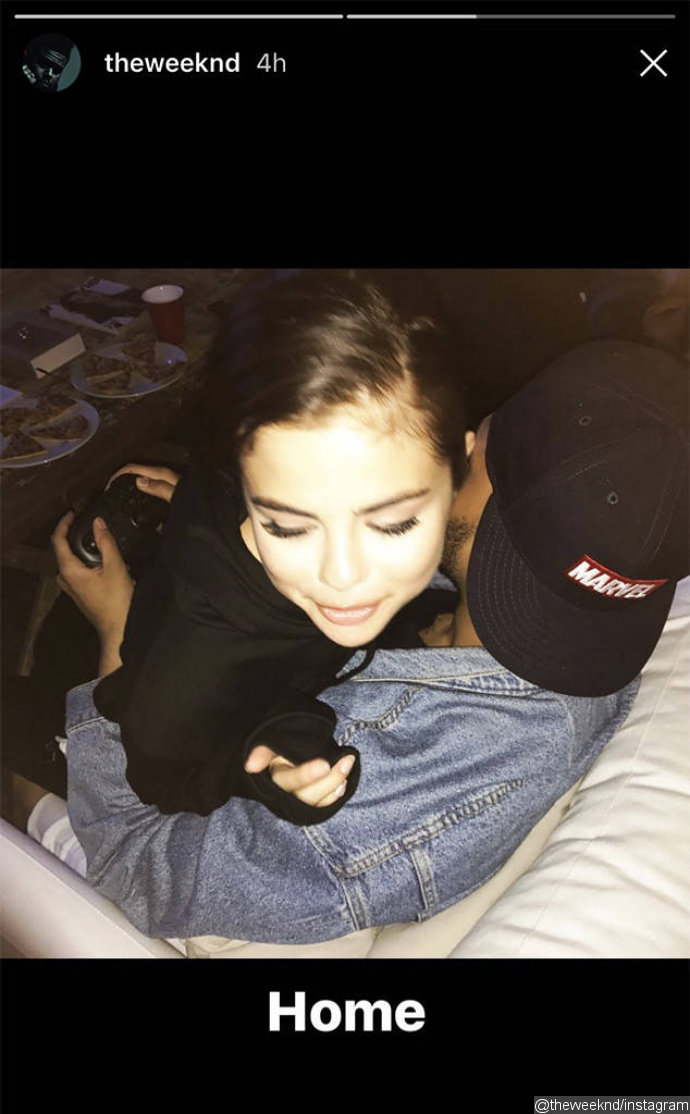 On August 11, the couple was spotted watching a comedy show together at the Laugh Factory in West Hollywood. They appeared to have a good time as they were sharing a laugh during the date night.

The famous club shared on Instagram a photo of the couple sitting in the upper mezzanine. "Date night at the Laugh Factory with The Weeknd and Selena Gomez," read the caption of the picture. Comedian Tacarra Williams also boasted about performing before the singer/actress by sharing a video of them waving to the camera.

This, however, was before report emerged that Selena and The Weeknd, whose real name is Abel Makkonen Tesfaye, had "gone from being madly in love to being at each other's throats." A source told In Touch (as quoted by OK!), "They've hardly been spending any time together lately, and it's led to many fights."

The source added, "Selena's been busy promoting her new hit, 'Fetish', while The Weeknd has been gearing up for the next leg of his 'Starboy: Legend of the Fall Tour' [which begins in September]." Still according to the source, "When they are together, Selena's trust issues get in the way. Whenever The Weeknd's phone rings or he gets a text, Selena looks over his shoulder to see who it is and it drives him crazy."

Denzel Washington Heading Back to Broadway for 'The Iceman Cometh'