Jeremy Meeks and Chloe Green Enjoy a Wild Night, 'Heartbroken' Wife Is 'Sick' of His PDA

According to a source, Melissa 'is done with him', so she 'deleted and blocked Jeremy from her social media because she's sick of seeing him flaunting his relationship with Chloe.'

AceShowbiz - No one can stop Jeremy Meeks' romance with Chloe Green from heating up. Just days after the hot felon admitted that they "were in love," the couple was spotted walking out of the Delilah nightclub in West Hollywood on Sunday, July 23.

The felon-turned-model and the daughter of Topshop mogul Philip Green could be seen leaving the club at 2 A.M. while looking sleepy and tired from what looked like a wild night. However, despite feeling sleepy and all, they didn't stop being sweet to each other as they continued putting their affection on display by walking hand-in-hand.

For the late-night party, the father-of-two was wrapped up in white tee which he paired with a black biker jacket. He kept his look trendy with a pair of ripped jeans and black sneakers. The British Topshop heiress, meanwhile, was clad in full back attire while letting her wavy chestnut brunette hair down. The fashionista completed it with a light blue denim jacket and dangerously towering Louboutin heels.

Just being together seemingly succeeded to liven up their mood as they were seen putting on a giggly display. Chloe put her arm around the 33-year-old's for a hug as well as gave his handsome companion a beautiful and loving smile. 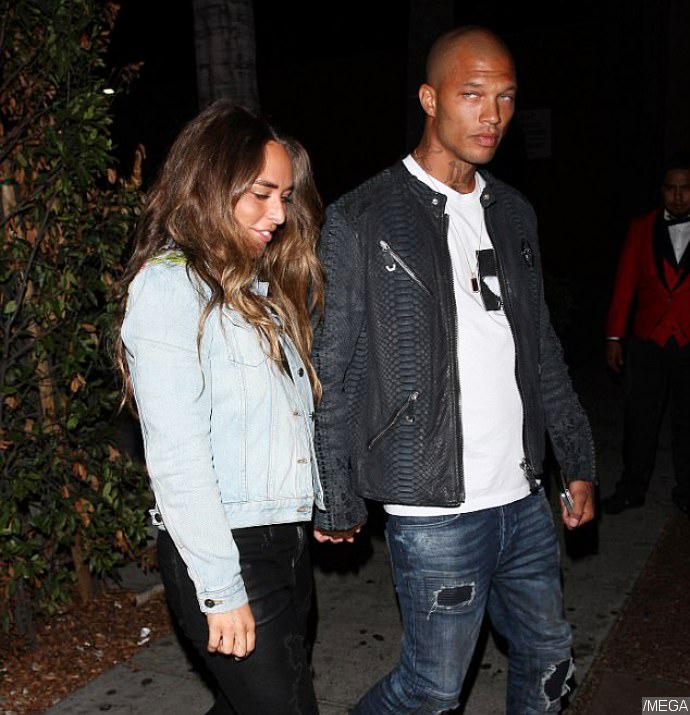 While Jeremy was enjoying a new romance and lavish lifestyle with his new girlfriend, his estranged wife Melissa Meeks was left heartbroken. According to Daily Mail, Melissa removed any reference to Jeremy on her Instagram bio. Previously, she wrote "wife to Jeremy Meeks" and included the ring emoji on it. However, after Jeremy filed for divorce from her, she traded it for "Dedicated to everything I do. Me and my fam."

"Melissa deleted and blocked Jeremy from her social media because she’s sick of seeing him flaunting his relationship with Chloe, and she wanted to send him a message that she's done with him," a source close to Melissa told HollywoodLife.com.

The source continued, "He treated her appallingly and she's furious at him, as well as heartbroken. She feels like he's ruined her life. She can't look at the internet without having to see photos of Jeremy and Chloe holding hands or making out, and it makes her sick to her stomach. She's also worried about the kids seeing him with another woman and getting really upset."

"Melissa stood by Jeremy when he was in jail, and she's always been there for him, but then he goes and repays her by running off with another woman," the source went on saying. While Melissa believed that his relationship with Chloe wouldn't last long, the source claimed that "there's no way she's going to take him back after he's humiliated her so publicly."