The new photo finds the 31-year-old actress baring her torso as she covers her modesty only with her hand.

AceShowbiz - No stranger to stripping off for the camera, Lena Dunham has taken to her Instagram account to share yet another racy selfie of herself. Wearing only a gold nameplate necklace, a black choker and earrings, the creator of "Girls" bares her naked torso for all to see while covering her breasts with one hand.

Sporting her new short, spiky haircut, Lena also shows off the tattoos on her arm and under her chest. She simply captions the pic, "really did wake up like this." It looks like the photo is a tribute to sex-positive feminist writer Kathy Acker and Lena's history teacher Laurie, as she adds hashtags "#sinead #cranberries #kathyacker #my6thgradehistoryteacherlaurie" in the caption. 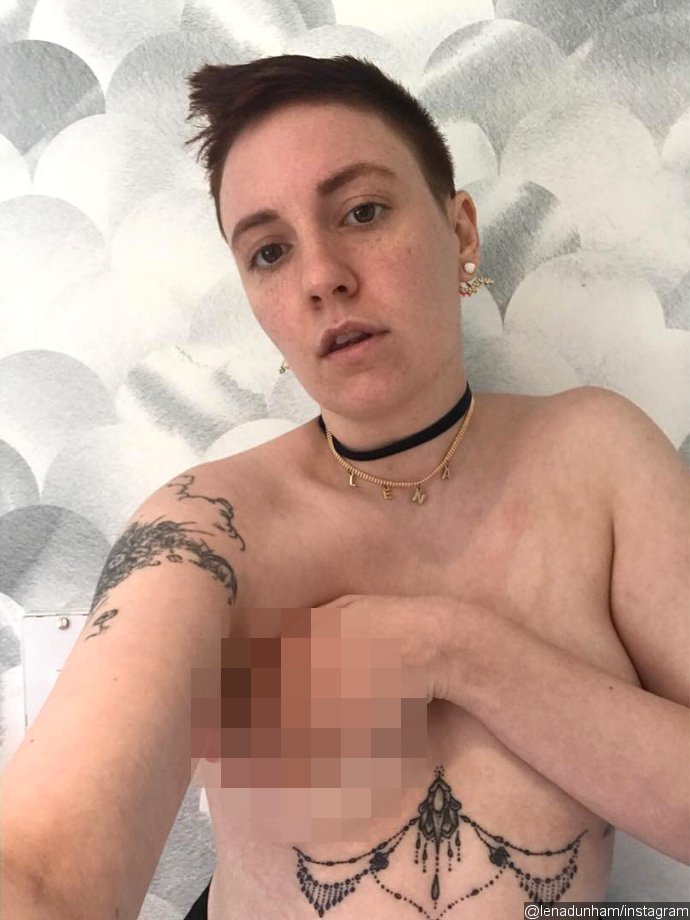 A few days ago, the 31-year-old actress shared a sizzling photo of her naked body to promote body image positivity. She stripped down to nothing as she cheekily covered her breasts and crotch only with pear and honeypot emojis.

Alongside the picture, she wrote a poignant message. "I spent so many years loving my body but thinking it wasn't lovable by others. Its sole purpose was to be fodder for jokes. I performed the insult so no one else could," she wrote.

"I don't regret any of it- that's my art and that was my truth- but now, at age 31, having been through hell and back with my health and other perceptions of my physicality, I feel deeply comfortable with the idea that this pear-shaped pot of honey is equally good for making people laugh and laying out like a Suicide Girl circa 2004. Love it all," she added.

Lena Dunham Scared of Change Before Embarking on Journey to Sobriety