The couple, who got engaged in the season three finale of the ABC reality series, tied the knot in a beach wedding near Puerta Vallarta, Mexico.

AceShowbiz - It's official! Evan Bass and Carly Waddell are now man and wife. The couple, who met in the third season of "Bachelor in Paradise", have said their "I do's" witnessed by an intimate group and friends during a beach wedding in Vidanta Nuevo Vallarta resort near Puerta Vallarta, Mexico.

The wedding was officiated by "The Bachelor" host Chris Harrison. In a photo obtained by PEOPLE, the pair were beaming as they held hands and looked at each other, with the ocean in the background. They each read vows for 20 minutes before sharing a long kiss at the altar.

Carly donned a strapless form fitting dress that flared at the knee and wore her hair pulled back, while Evan looked sharp in a gray suit. According to E! News, Carly's wedding ring is a channel-set eternity band with diamonds all the way around, which costs $50,000. As for Evan's, it's a straight, wide platinum band, which is estimated to be between $1,200 and $1,500. 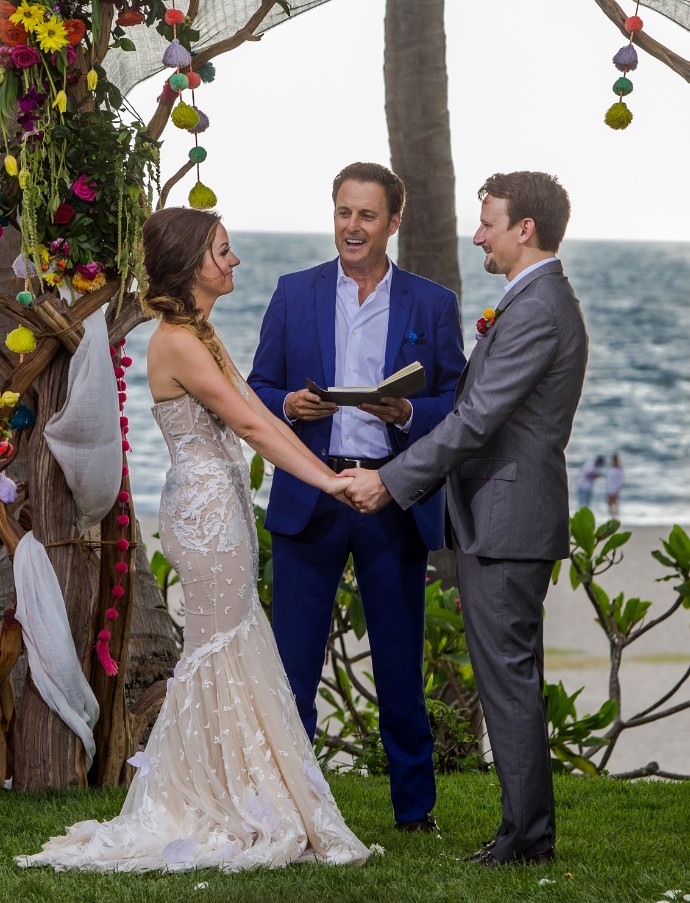 Kaitlyn Bristowe, Nick Viall and Vanessa Grimaldi were reportedly among the guests.

The wedding was filmed for an ABC special, but the airdate has yet to be announced.

'Spider-Man: Homecoming' Is Connected to 'Venom' and 'Silver Sable and Black Cat'

'Bachelor in Paradise' Finale Recap: Find Out Who Breaks Up and Gets Engaged

'Bachelor in Paradise' Recap: One Contestant Leaves the Beach, Two Others Are Fighting