The 20-year-old model doesn't hesitate to show off her ample assets as she is spotted walking down the street in Paris.

AceShowbiz - %cBella Hadid% is never shy to show off her figure. After suffering a wardrobe malfunction at amfAR gala, the younger sister of %cGigi Hadid% wasn't afraid to go braless in a tight turtle neck as she was enjoying a day out in Paris on Friday, June 9.

Bella opted for a chic look for the outing. She was donning a black turtle neck paired with a high-waist white pencil skirt. She completed her look with a leather handbag, strappy black heels and a pair of sunglasses. Her hair was tied into a ponytail. 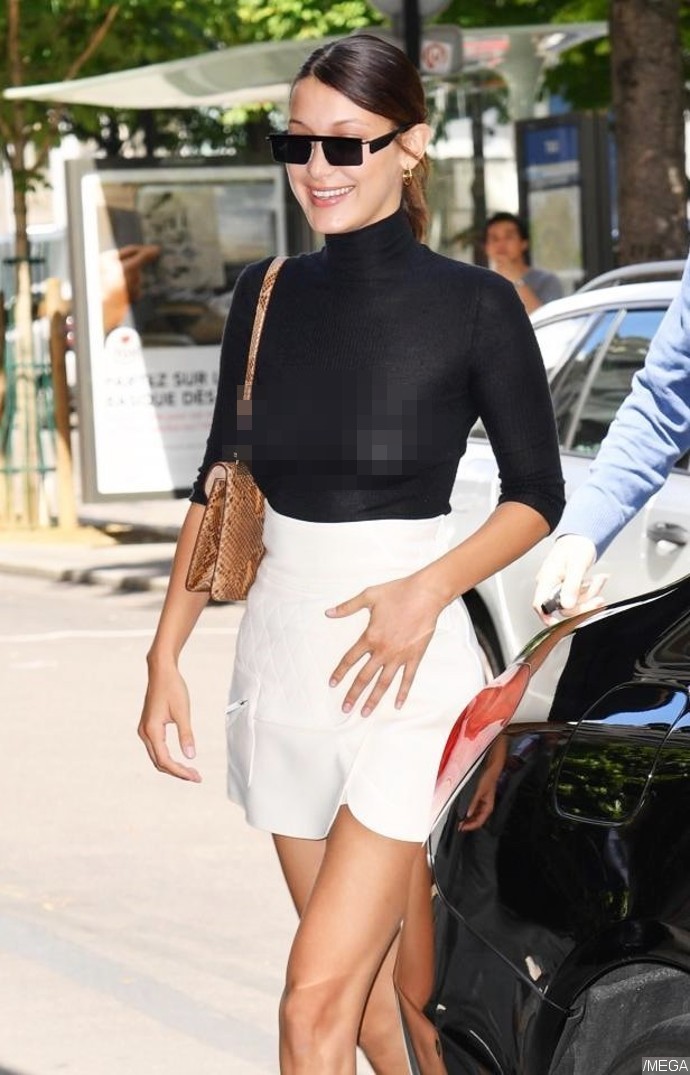 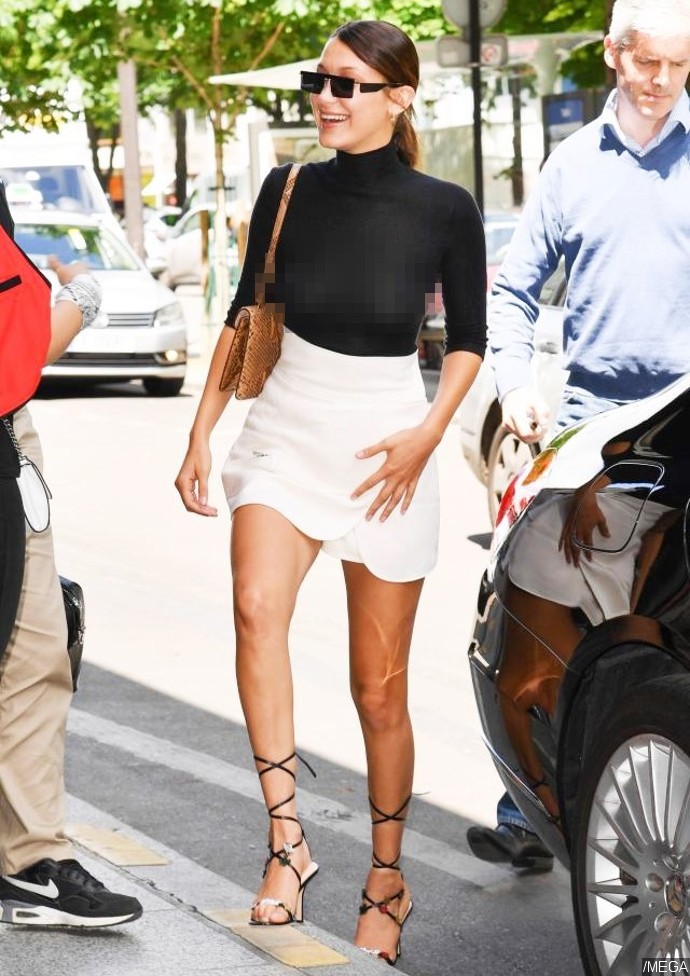 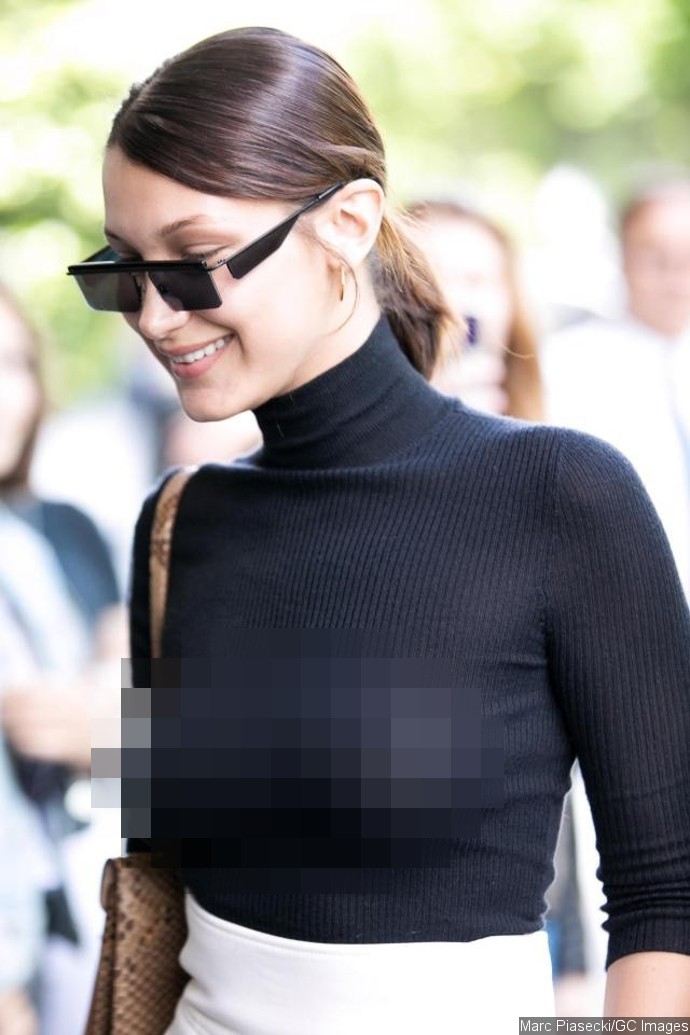 Her nipples could be seen peeking through the fabric, but Bella didn't seem to care since she continued to walk down the street with confidence. At one point, she stopped walking to fix her heels' straps. Bella seemed to be in a very good mood as she was all smiles during her outing. The 20-year-old model even waved to the camera. 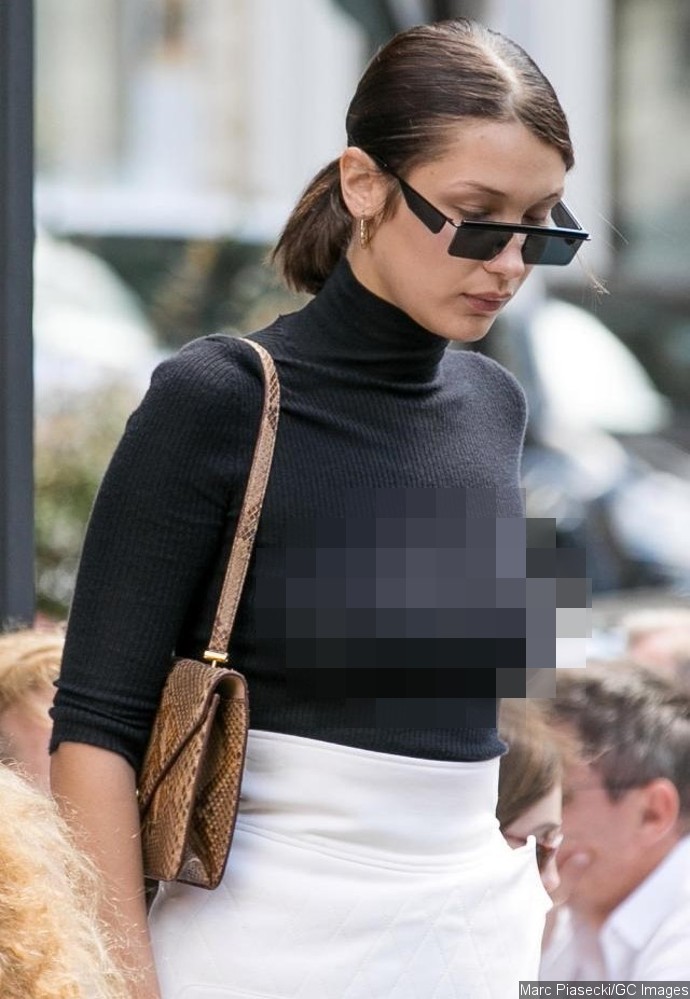 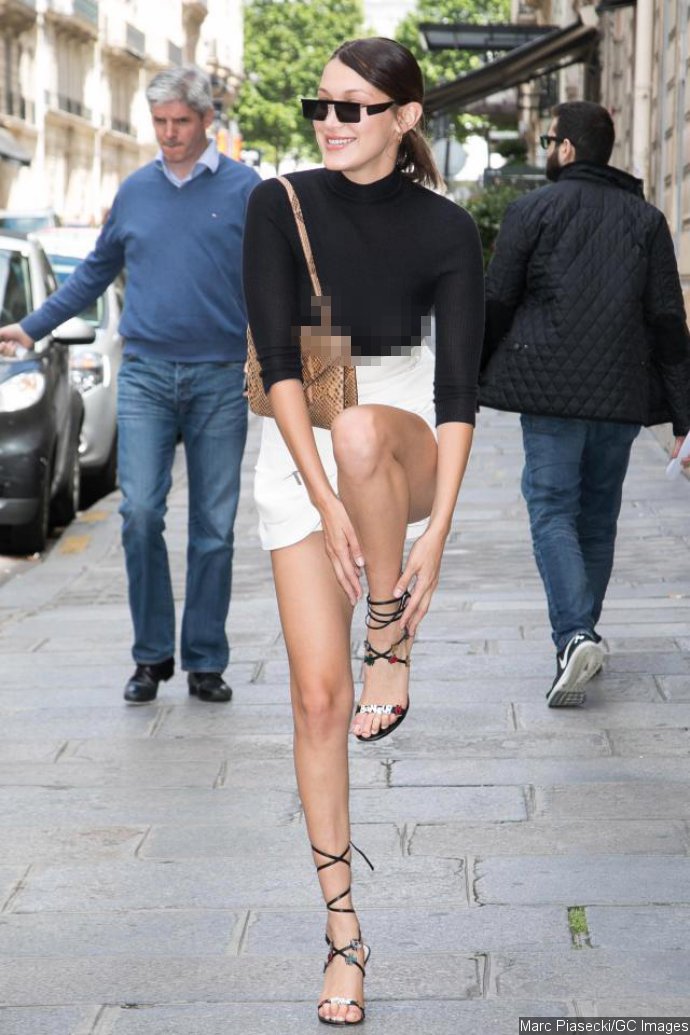 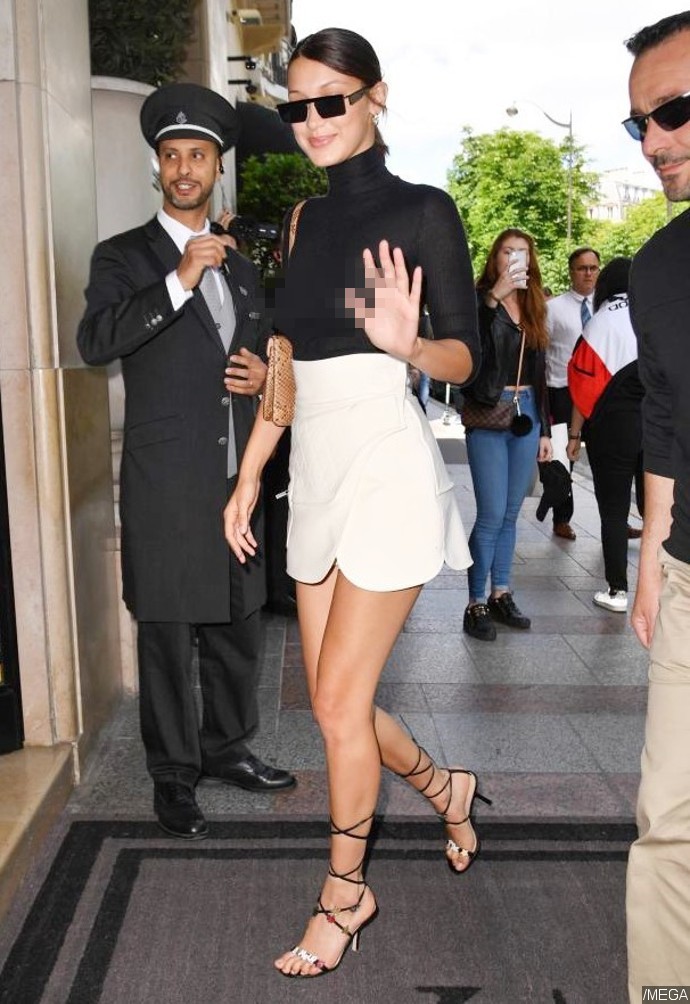 Bella previously paraded her hot body while partying in Monaco. She was accompanied by pals %cWinnie Harlow%, %cBarbara Palvin% and %cLewis Hamilton%. She was seen hugging the Formula 1 driver although she recently sparked dating rumors with %cLeonardo DiCaprio%.