The 64-year-old actor and 37-year-old Hayley Roberts show a lot of PDA when posing for pictures at a photocall of 'Baywatch' in Berlin.

AceShowbiz - Love knows no age! %cDavid Hasselhoff% and his fiancee %cHayley Roberts%, who is 27 years his junior, showed how much they're smitten with each other during a recent red carpet appearance to promote "Baywatch" movie, a big-screen take on his 1990s TV series of the same title.

The 64-year-old actor and his 37-year-old fiancee packed on the PDA when posing for pictures at a photocall for the upcoming film in Berlin. The acting vet and his much younger partner locked lips as he wrapped his arm around her waist. 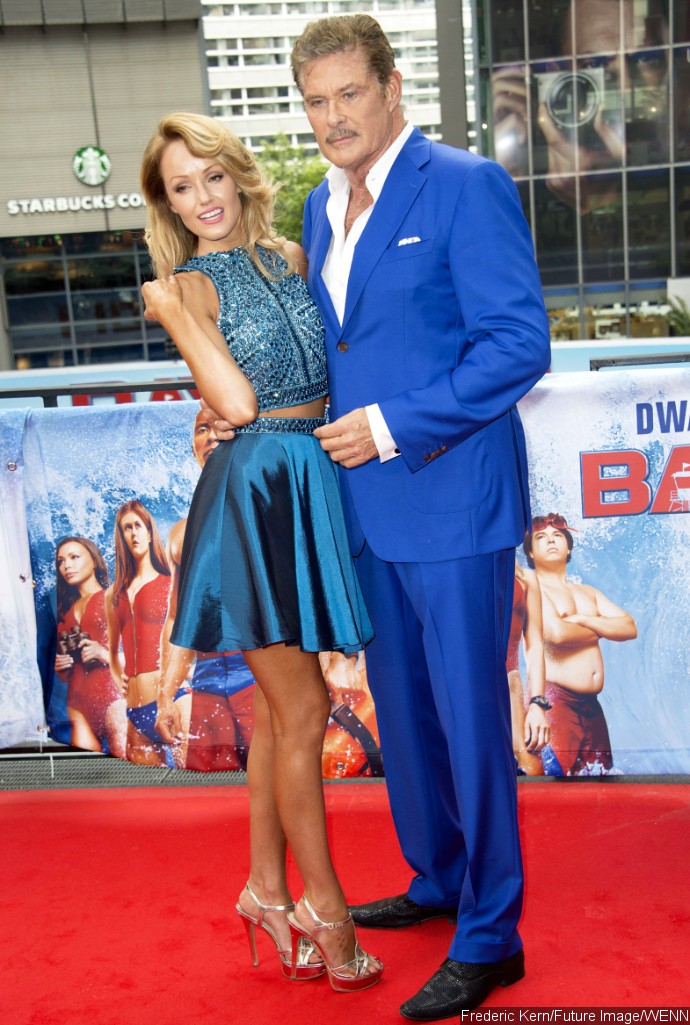 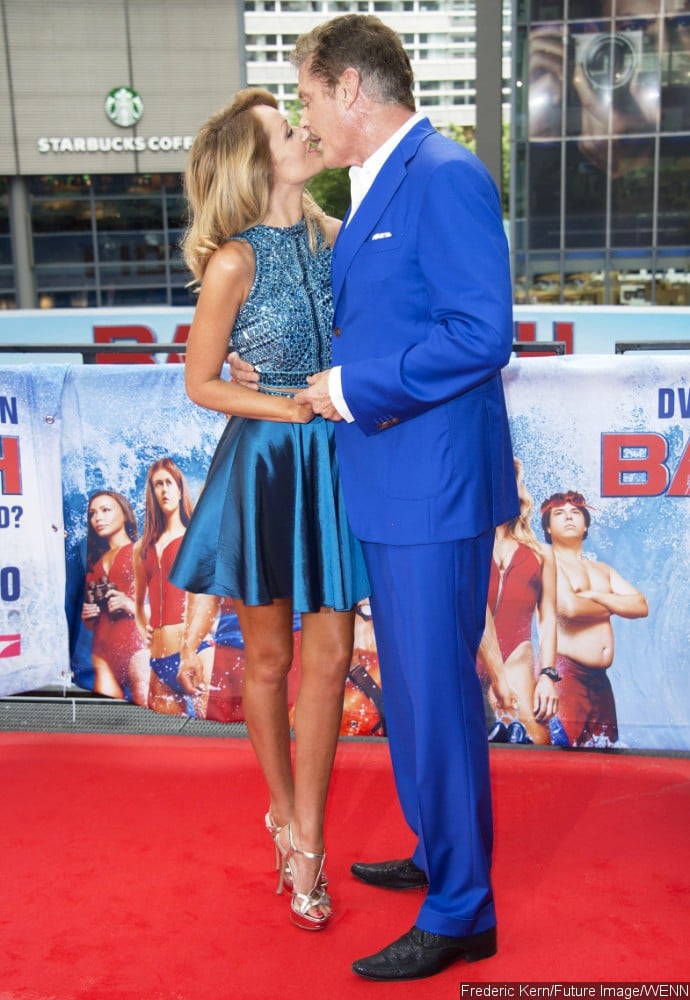 Hayley was also caught on camera giving her fiance a cheeky pat on his butt when he chatted to fans at the event. The "Knight Rider" alum channeled his hey day as he teased his muscular chest in a white shirt with a few buttons undone, topped with a blue suit. Hayley, meanwhile, showed off her toned arms and legs in an eye-catching sequin-studded dress with mini frock, teamed with metallic wedges. 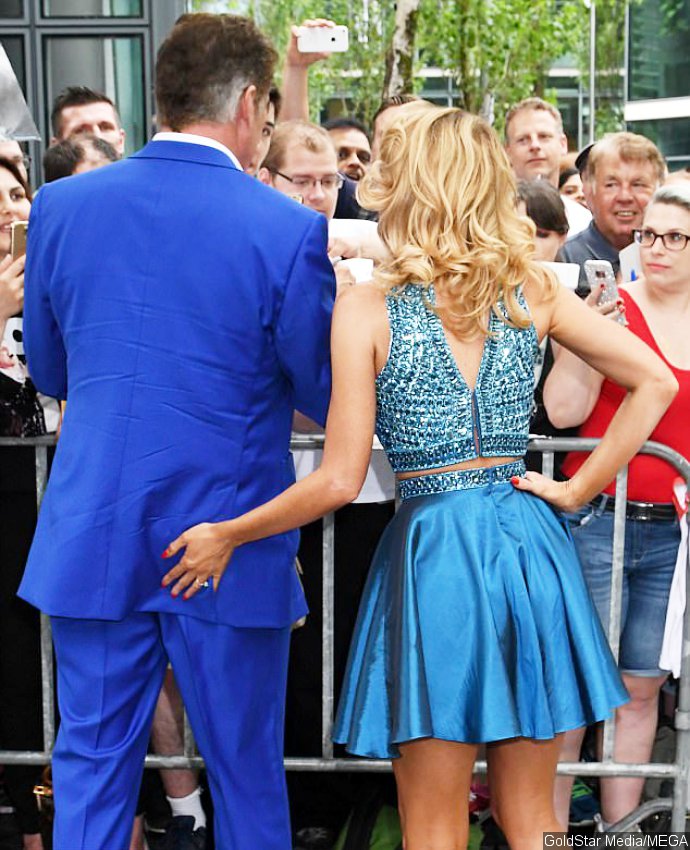 The event was also attended by "Baywatch" movie stars, such as Dwayne "%cThe Rock%" Johnson, %cZac Efron%, %cPriyanka Chopra%, %cAlexandra Daddario% and %cIlfenesh Hadera%. David, who has a cameo role in the movie, joined the main cast for a group photo. 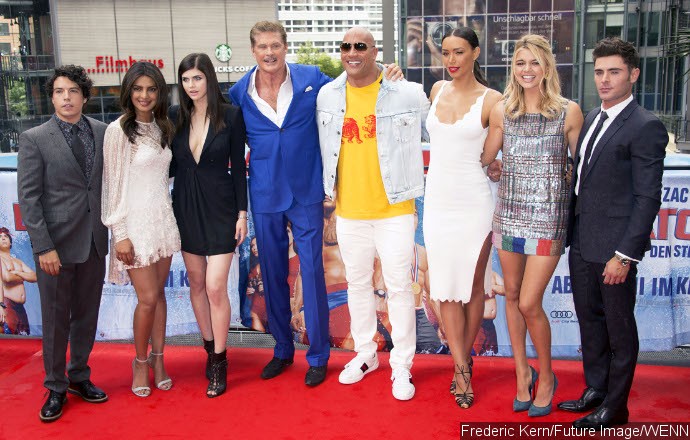 "Baywatch" is currently screening at U.S. theaters. It centers on devoted lifeguard Mitch Buchannon (Johnson) as he butts heads with a brash new recruit (Efron). Together, they uncover a local criminal plot that threatens the future of the Bay. 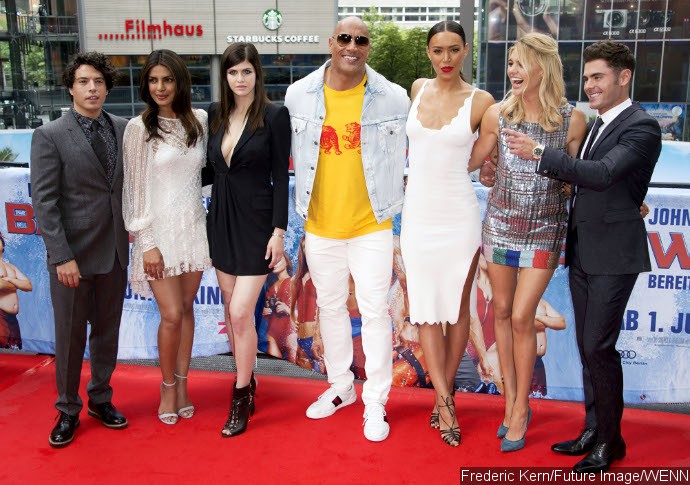 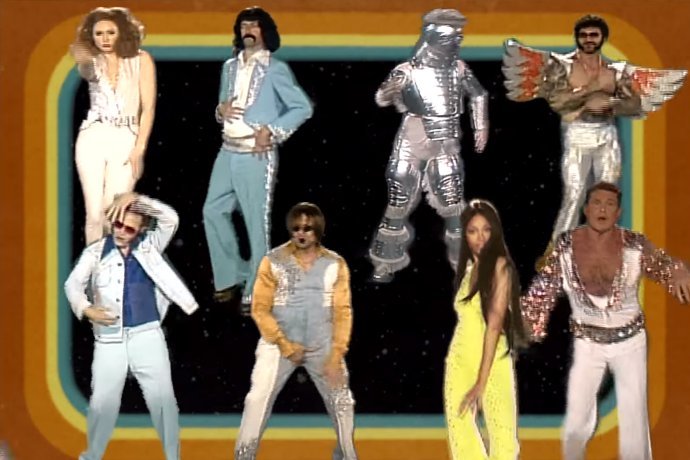 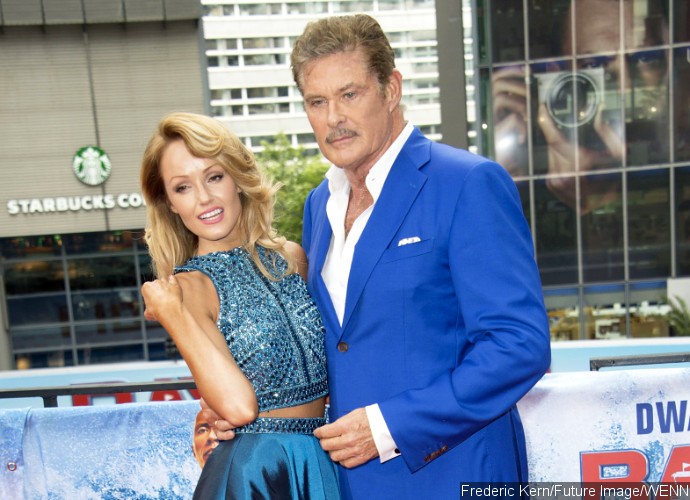 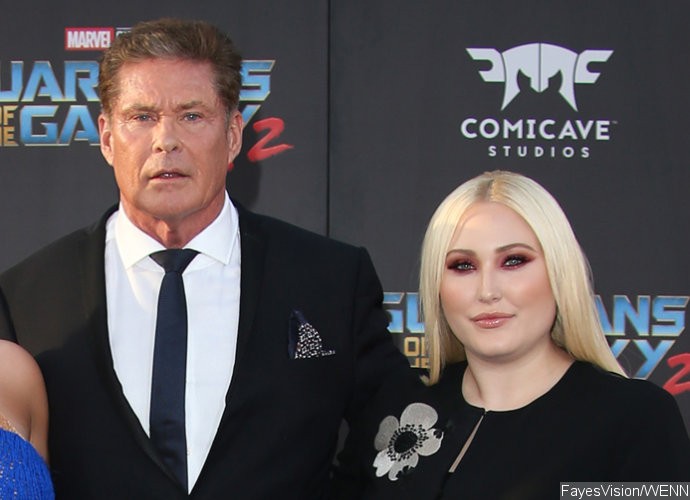