The 'Scream Queens' actress is seen planting passionate kisses on Taylor's lips and cheek while soaking up the sun in the clear waters.

AceShowbiz - Billie Lourd and Taylor Lautner's relationship is stronger than ever. The celebrity couple is currently on a romantic getaway in St. Barts, where the 24-year-old actress was spotted sharing a steamy kiss with Taylor while soaking up the sun in the clear waters on Thursday, April 6. 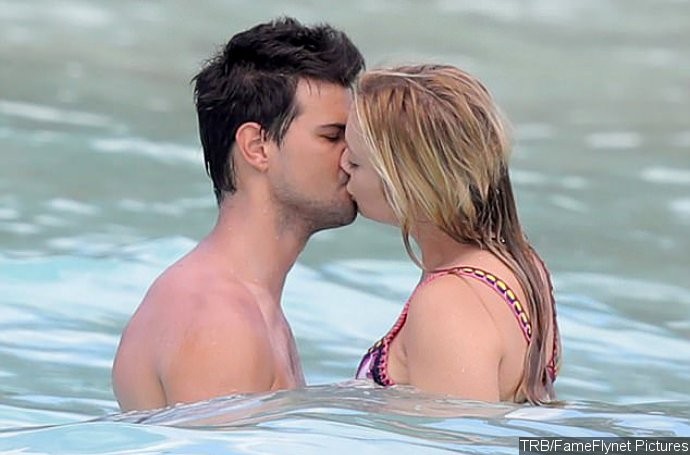 In some photos obtained by Daily Mail, Billie could be seen showing off her toned body in a tiny crochet bikini that highlighted her perky derriere. The "Twilight" actor, meanwhile, opted for blue swim trunks while going shirtless. The daughter of the late Carrie Fisher displayed her affection as she was seen planting passionate kisses on Taylor's lips and cheek. 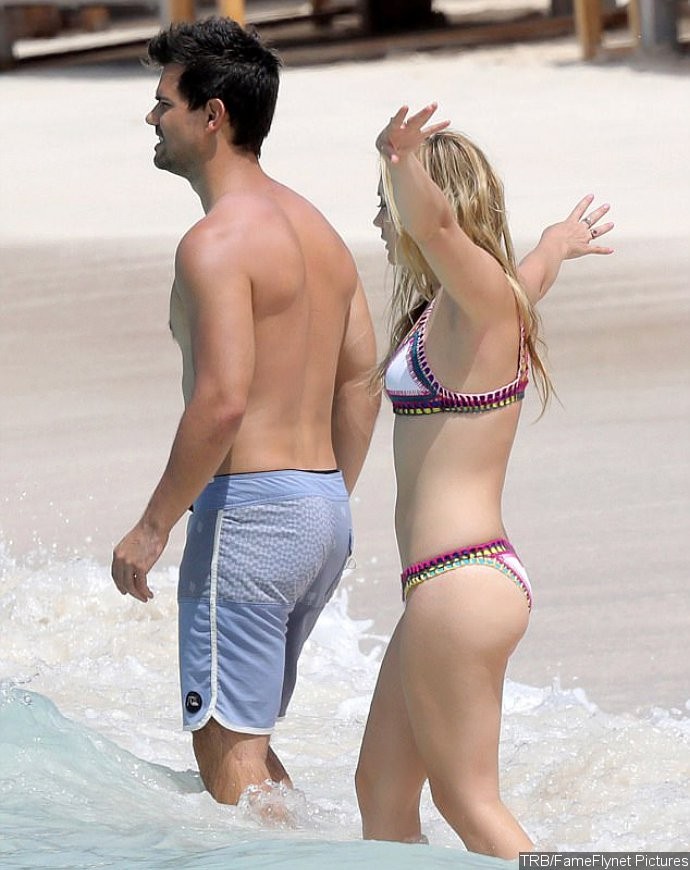 The couple, who has been dating since December, is vacationing along with Billie's dad Bryan Lourd and his husband Bruce Bozzi. Bruce has taken to Instagram to share a photo of the group on the deck of a yacht while sporting green masks on their faces. "The family that masks together lasts together! Hello 4/3/17 #fresh #relax @praisethelourd," so he captions the snap.

It was just announced that Billie would star opposite Sarah Paulson and Evan Peters in the next season of "American Horror Story". She joins Billy Eichner who was recently added to the cast for the Ryan Murphy and Brad Falchuk anthology's upcoming season. The FX hit's seventh season is said to be inspired by the real life terror of the 2016 U.S. elections.

These Celebrities Secretly Welcoming a Child During COVID-19 Pandemic