The Material Girl will be honored at the 11th annual Billboard Women in Music event in New York City later this year.

AceShowbiz - %cMadonna% is Billboard's Woman of the Year. She will be feted at the 11th annual Billboard Women in Music event on December 9 in New York City. She follows in the footsteps of %cBeyonce Knowles%, %cTaylor Swift%, %cKaty Perry% and %cLady GaGa%.

According to Billboard, Madge has extended her record as the highest-grossing female touring artist of all time with her Rebel Heart world tour. The Material Girl has reportedly sold more than 1 million tickets and pocketed an estimated $170 million.

"Madonna is one of a miniscule number of super-artists whose influence and career transcend music," said Janice Min, president and chief creative officer of The Hollywood Reporter-Billboard Media Group. "With her creative vision, relentless innovation, and dedication to philanthropic causes, she is an inspiration to hundreds of millions of people around the world, all while shattering every career record out there. She is an important feminist on top of that, a one-of-a-kind artist who's used her influence to change the conversation around women, sexuality and equal rights."

Miranda Kerr's Guard Stabbed in the Eye, Intruder Shot in the Face at Her Malibu Mansion 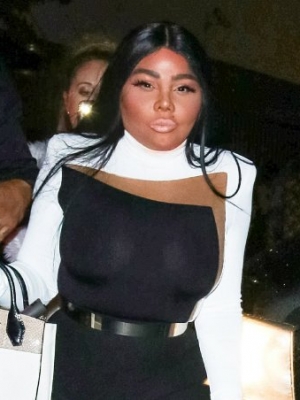