Skipping the red carpet, Miley and Liam who support his brother Chris Hemsworth at the movie premiere are allegedly seen holding hands inside Regency Village Theatre in California.

AceShowbiz - Miley Cyrus and Liam Hemsworth are apparently no longer trying to hide the fact that they're back together. After spotted on their first public outing since they rekindled their romance over New Year's Eve, the couple stepped out to support his brother Chris Hemsworth at the L.A. Premiere of "The Huntsman: Winter's War".

Miley and Liam, however, skipped the red carpet of the Monday, April 11 event which was held at the Regency Village Theatre in Westwood, California. They were spotted inside the building and were allegedly seen holding hands at one point during the evening.

An excited fan couldn't help gushing about meeting the stars at the premiere. "Miley and Liam are at this premiere together and I met them both I'm literalllyyyyyyyyyy dying. #TheHuntsman," wrote Kayla Hockman. To assure everyone that she wasn't lying, she posted photos with Miley and Liam separately.

The special screening was also attended by Jessica Chastain, Charlize Theron, Emily Blunt and Nick Frost who all star in the movie. Jessica was dazzling in a metallic embellished gown, Charlize showed some skin in a little black dress with a bejeweled sheer panel detail on the back, and pregnant Emily was stunning in a white dress with lace details. 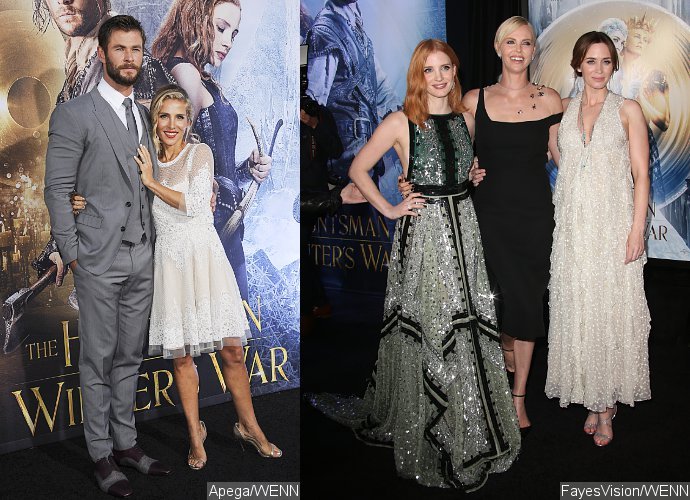 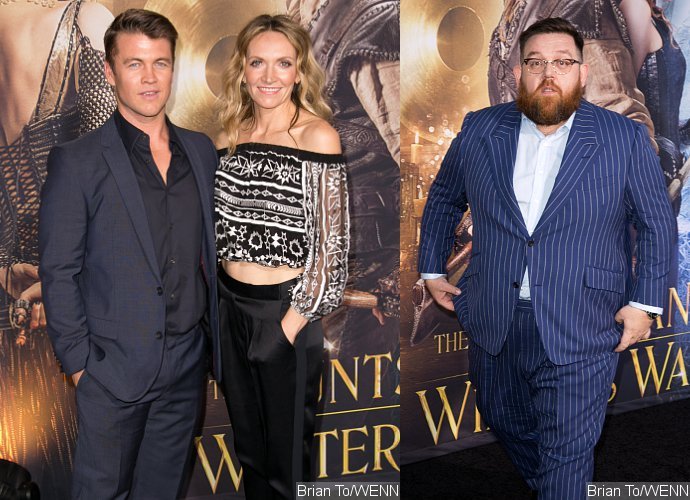 Asked about their recent family lunch with Miley, Chris told ET, "We're just hanging out, mate. Just life, you know? We're not in the same country that often, you know? And so we all get together and hang out when we can."

Chris' movie "The Huntsman" is due to open in theaters across the nation on April 22.