The new pictures see Oliver and Felicity dressing as a groom and a bride, in addition to featuring a returning villain, Cupid.

AceShowbiz - Are Oliver (Stephen Amell) and Felicity (Emily Bett Rickards) really getting married on "Arrow"? New pictures from the upcoming episode 16 of season 4 offer more looks at the Star City hero and the computer savvy standing at the altar wearing a suit and a white wedding gown respectively, before Cupid (Amy Gumenick) interrupts it.

Turns out the wedding is not real anyway. As the synopsis for the episode titled "Broken Hearts" reveals, a heartbroken Cupid returns to Star City with one goal to destroy anyone in love. The team learns she's killing couples on their wedding day so Oliver and Felicity decide to pose as bait. 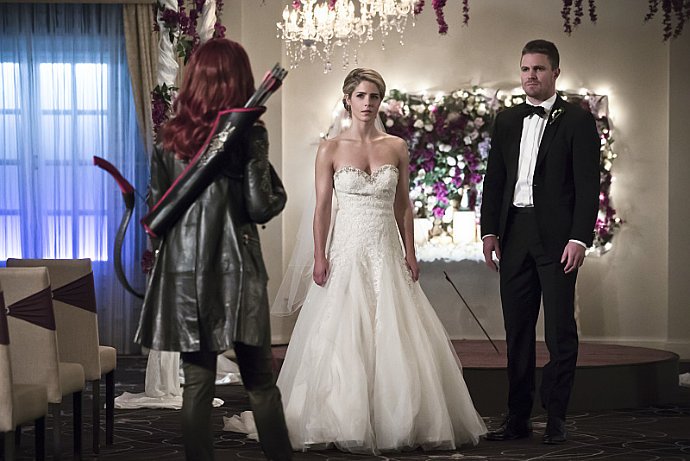 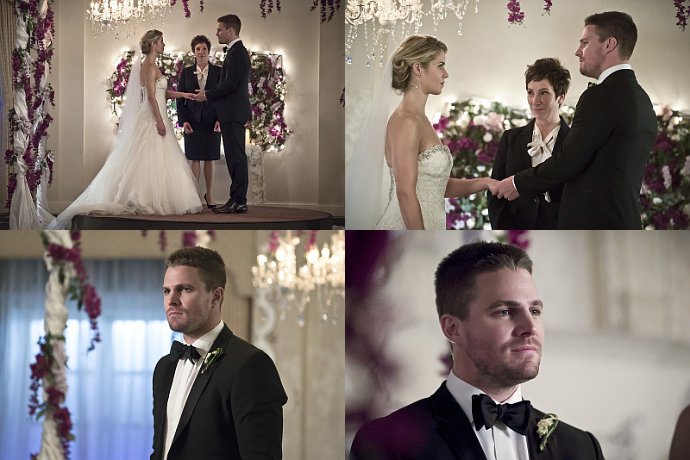 Executive producer Marc Guggenheim first teased the wedding scene with a picture he posted on Twitter. "Not a dream sequence. Not a hallucination. Not an alternate reality. Not a flash forward to a potential future," he captioned it, leaving fans wondering when the wedding would happen. 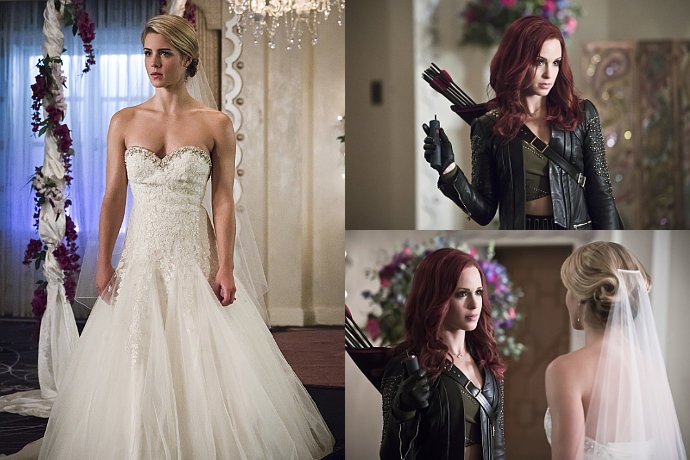 "Broken Hearts" airs Wednesday, March 23 at 8/7c on The CW. Cupid a.k.a. Carrie Cutter is a villain who was once obsessed with the titular hero. 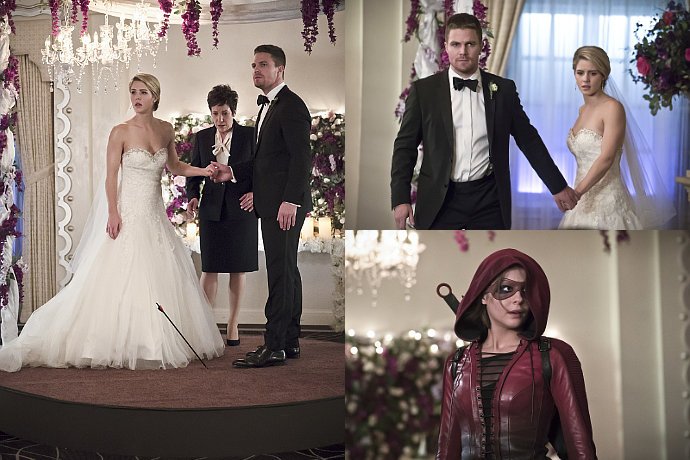 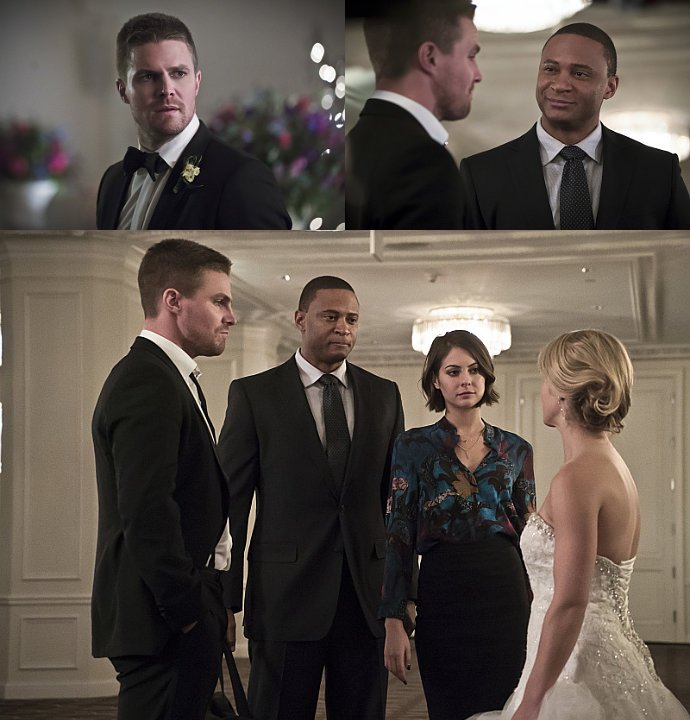 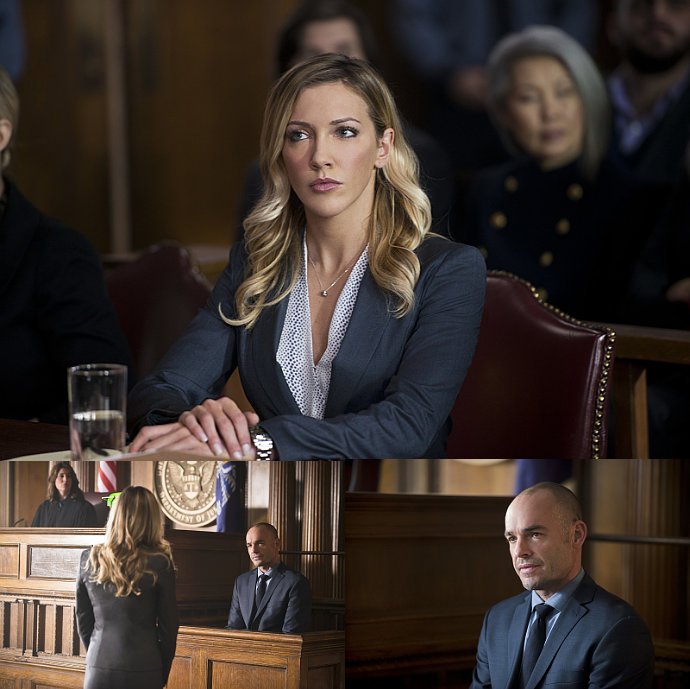 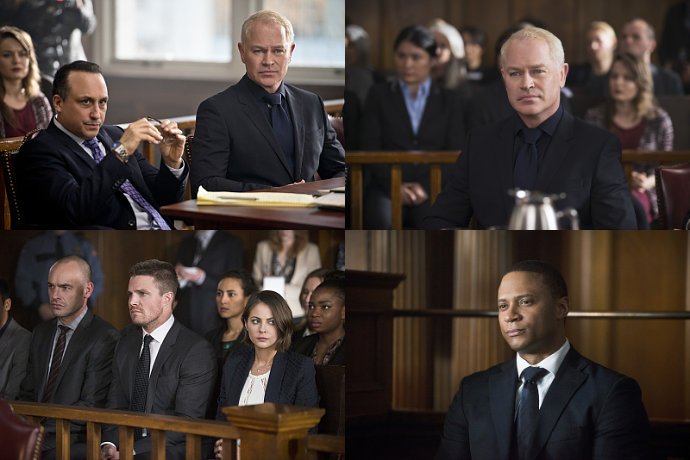 Justin Bieber Brings Out Big Sean and Chance the Rapper at L.A. Concert