Having 'Nothing to Wear,' Kim Kardashian Gets Completely Naked in New Instagram Pic

The 'Keeping Up with the Kardashians' star uploaded on Instagram a photo of herself going completely naked in front of a mirror.

AceShowbiz - Kim Kardashian once again makes many women jealous of her famous curves. The "Keeping Up with the Kardashians" star took to Instagram to share a racy picture featuring herself completely naked.

"When you're like I have nothing to wear LOL," the mother of two captioned the NSFW picture. In the snap, Kanye West's wife was seen standing in front of a mirror. She held her cell phone with one hand to capture her reflection in the mirror. In the photo which was seemingly taken inside a bathroom, the 35-year-old star sported blonde hair, implying that it's a throwback to a couple of weeks ago when she rocked the wig while supporting her husband at New York Fashion Week. 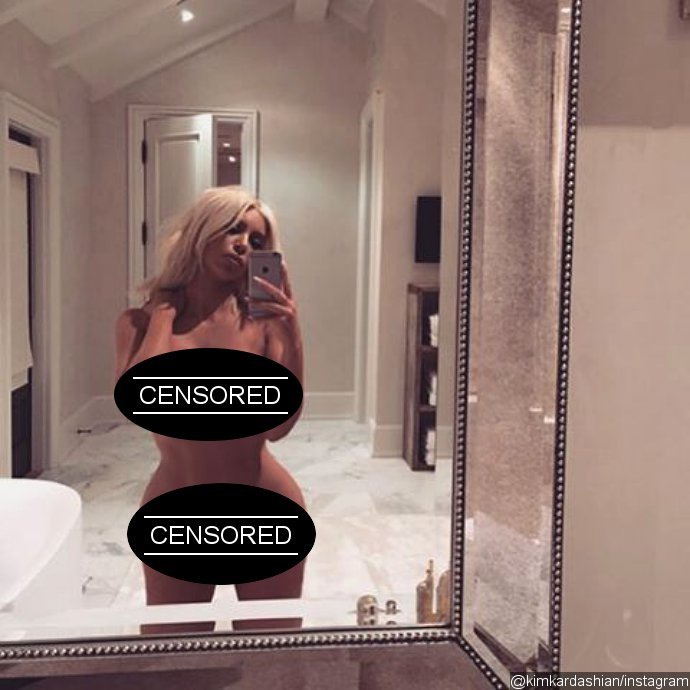 Not even an hour after the photo was posted, it garnered more than 200,000 likes. The reality TV star looked stunning in the picture as her tummy appeared to be flat and her hips seemed to be in perfect shape. However, one of her followers accused her of photoshopping the photo to enhance her body shape. "i feel like she kinda photoshopped her legs. Look closely," a user wrote.

Meanwhile, some other users suggested that Kim posted the nude photo just to grab people's attention, because she apparently didn't want to become less famous than her sisters. "smh, always looking for attention," one of the commenters wrote. "Lol and she seems way too desperate to get more likes than Kylie and Khloe," another one said.

Melissa McCarthy Reunites With Yanic Truesdale. Is She Returning to 'Gilmore Girls'?