The 'Good for You' songstress sits down in such a way so as not to reveal her breasts and other private area.

AceShowbiz - %cSelena Gomez% poses completely naked in the official artwork for her upcoming album "Revival". The 23-year-old singer took to Instagram on Tuesday, September 8 to tease her fans with the word "This Is My..." before revealing the racy cover.

The "Good for You" songstress then posted a black-and-white photo of her without any clothes on sitting down with her arms and leg strategically covering her nipples. Her hair was styled in natural waves. She wore smokey eye make-up and nude lipstick. The space between her legs was actually quite visible but it was blackened out. It's possible Selena was sporting black panties. She captioned it, "REVIVAL 10.9." 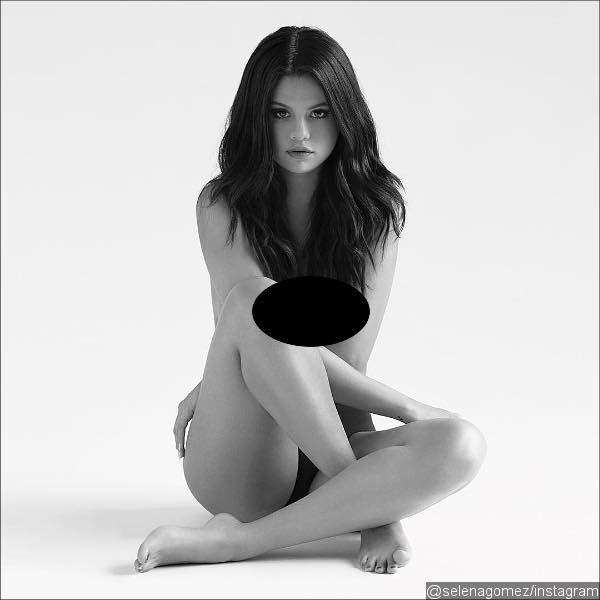 "Revival" will feature 11 songs in the standard edition, including "Good for You" and "Same Old Love". According to Amazon France, there will be five bonus songs in the album's deluxe edition. Scheduled to arrive on October 9, the album will be Selena's first album since last year's "For You" and her first full-length of new material since "Star Dance".

Selena will hold an event to promote her upcoming album scheduled to take place later this month. She previously teased the event on Instagram along with a picture of her in a sexy lingerie. "You guys can still sign up for my little REVIVAL event in September because I wanna meet yall and share some stuff so.... #thealbumscomingggg" and "#REVIVAL," she wrote alongside the snap.