Four new character posters for horror thriller 'Crimson Peak' give a look at the creepy mansion along with its creepy inhabitants.

The posters give fans a look at the haunted house as well as its creepy inhabitants. Hunnam's character appears in the poster wearing a formal black vest over a white shirt. This poster is noticeably brighter than other posters as it features white bright light in the background. Chastain's poster burns bright while featuring the character wearing a red velvet victorian dress.

Meanwhile, Wasikowska looks innocent while holding candles. As for Hiddleston, he is seen standing while looking viewers straight in the eyes. 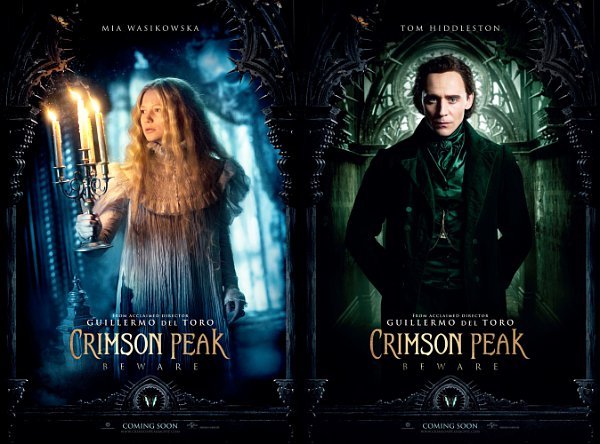 del Toro worked on the script with Matthew Robbins ("Don't Be Afraid of the Dark") in addition to serving behind the lens. Thomas Tull, Jon Jashni and Callum Greene produce the movie which is slated for a U.S. release on October 16.