Pitt was attending the special screening to support fiancee Angelina Jolie, who stars in the Disney movie, when a man suddenly jumped a barrier and made contact with the actor.

AceShowbiz - The star-studded premiere of "Maleficent" at the El Capitan Theatre in Hollywood on Wednesday, May 28 was marred by a little incident involving celebrity guest Brad Pitt. The actor, who looked sharp in an all-black outfit, was walking down the blue carpet when a man suddenly jumped over a barrier and rushed at Pitt.

The man reportedly touched the "12 Years a Slave" star's face before being wrestled by security guards and led away by police. Law enforcement sources tell TMZ that the man is currently being detained by LAPD and will be booked for misdemeanor battery. Police have not released the identity of the man but multiple witnesses said the man who attacked Pitt was serial prankster Vitalii Sediuk.

Sediuk, a Ukranian reporter, infamously hugged Bradley Cooper and Leonardo DiCaprio at the crotch earlier this year. He recently put his head up America Ferrera's skirt at "How to Train Your Dragon 2" premiere during the Cannes Film Festival.

Pitt showed up at the special screening to support longtime partner Angelina Jolie, who stars in the Disney movie. The titular witch depicter looked fierce in a strapless black Versace leather gown. She pulled her long hair back into a ponytail and wore a Stella McCartney cuff.

Her co-star Elle Fanning, who portrays Aurora in the film, sported a very different look. She channeled her inner Disney princess in a light blue, off-the-shoulder gown with a stunning jeweled choker.

"Maleficent" presents the untold story of Disney's most iconic villain from the 1959 classic "Sleeping Beauty". A beautiful, pure-hearted young woman, Maleficent was turned into a bitter vengeful witch after the harmony of her land in a peaceable forest kingdom was threatened by an invading army.

Jolie and Pitt's daughter Vivienne is cast as the young Princess Aurora. Sam Riley, Juno Temple and Sharlto Copley also land supporting roles in the flick, which is ready to open in U.S. theaters on May 30. 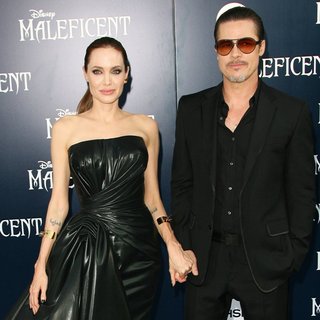 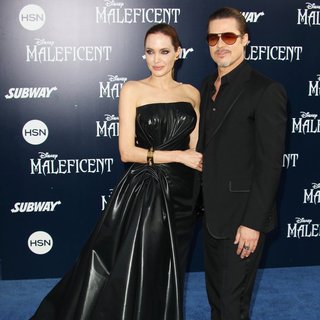 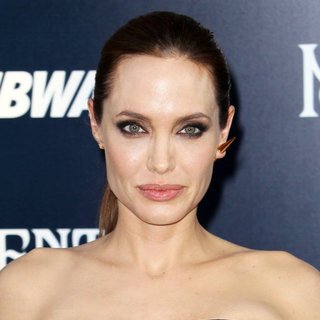 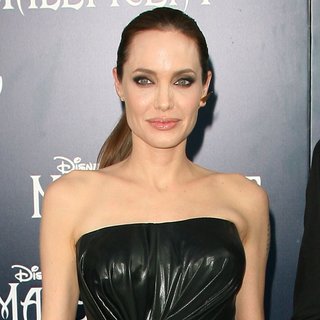 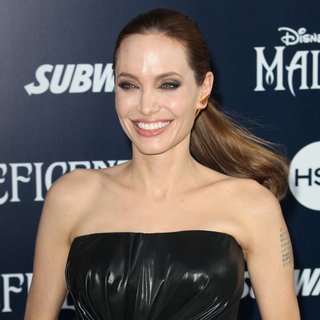 Robert Pattinson Says He and Kristen Stewart Are Still in Touch