First Look: Michael Rooker Is Blue All Over as Yondu in 'Guardians of the Galaxy'

The 'Walking Dead' actor stars as the hunter from the Zatoan tribe in Marvel's much-anticipated movie, directed by James Gunn.

AceShowbiz - Michael Rooker goes blue and mohawk for his role in "Guardians of the Galaxy". From a batch of photos from the filming set in the countryside of Surrey, England, fans can get to see Rooker's Yondu, a hunter of the primitive Zatoan tribe in the comic books, looking a little gloomy while stepping onto the field where a spaceship crash has been set by the production team.

Rooker previously voiced his interest in voicing Rocket Raccoon, that along with Groot will be rendered through CGI. With Rooker ending up as Yondu, it is just a matter of time for the Raccoon to find its voice actor as Bradley Cooper is currently in talks to lend his voice for the aforementioned character.

To Empire magazine, producer Kevin Feige reveals that Lee Pace's character will be the film's bad guy. "Ronan The Accuser is very much the main bad guy. And Thanos is lurking above it all," he says. "You will learn more about Thanos in Guardians, for sure. Certainly you'll get more than the one turn around and smirk. You'll get much more than that!"

Co-written by Chris McCoy, "Guardians of the Galaxy" will bow out in theaters on August 1, 2014. 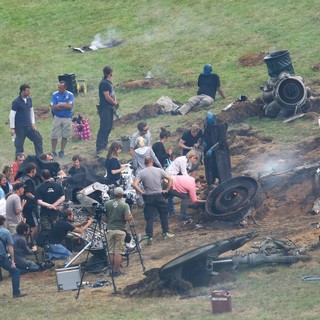 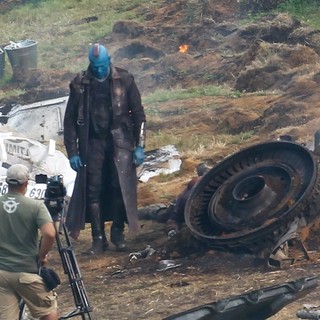 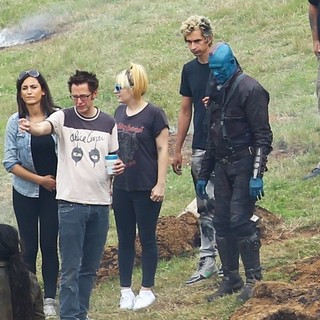