'Guardians of Galaxy': Vin Diesel Is in Talks, Set Photos Tease Colorful Aliens on the Run

The 'Riddick' actor is in negotiations likely to voice Groot, as he himself hints on Facebook, while photos of extras filming on London's Millennium Bridge have hit the web.

AceShowbiz - Vin Diesel's Marvel movie is finally revealed. The buffed actor has long been rumored joining "Avengers: Age of Ultron" ever since he posted a photo of him and an Avengers poster. People have also predicted that he might play an Android avenger named Vision, the character which once graced the actor's Facebook as his profile picture. But, Joss Whedon recently said Vision wouldn't be in his film.

Earlier today, a new clue about Diesel's character is offered by the actor himself. Without no word to caption, the latest post on his Facebook gives fans a look at Groot, a giant tree-man that will appear in "Guardians of the Galaxy". As it turns out, he is really up for the gig. Deadline confirms that the actor is now in talks probably to voice the character.

Meanwhile, across the pond, director James Gunn is now busy filming scenes, and photos taken from the location on London's Millennium Bridge are already available on the web. Many colorful alien extras and some Nova Corps members are seen on the run. There are also glimpses of Zoe Saldana's body double leaping into action with them.

Due out August 1, 2014 in the U.S.,"Guardians of the Galaxy" will be headlined by Chris Pratt, with Lee Pace, Benicio Del Toro and more supporting the film as well. 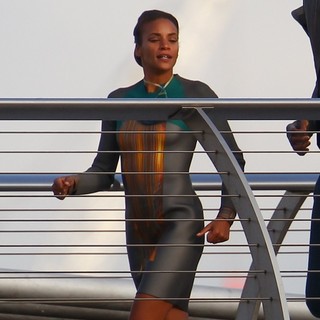 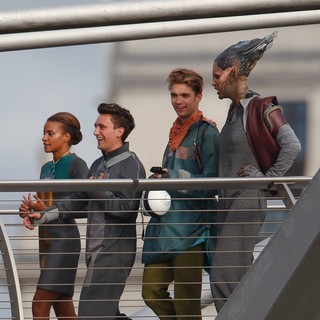 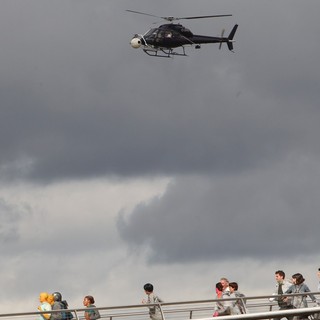 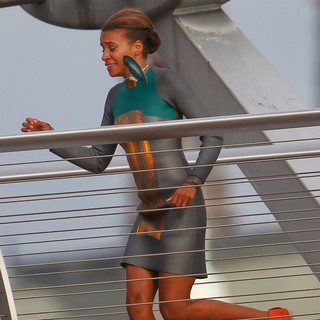 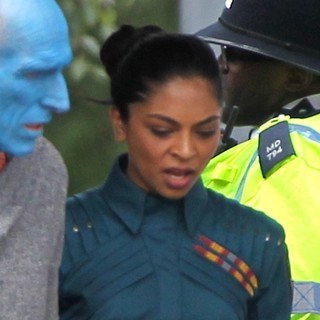