Michael Keaton Strips to His Underwear for 'Birdman'

The Bruce Wayne depicter in 1989's 'Batman' ran through the crowded Times Square of New York in his white briefs for his role as Riggan Thomson on Sunday, June 2.

AceShowbiz - Michael Keaton drew attention to himself as he was spotted moving in haste through New York's Times Square in white briefs only on Sunday night, June 2. The veteran actor, who voiced Kent in "Toy Story 3", apparently did not do it out of reason because he was actually in the middle of filming a scene of his next film "Birdman".

Keaton, who takes on the role of Riggan Thomson in the upcoming film from director Alejandro Gonzalez Inarritu, was previously spotted being stalked by a feathered man on June 1. While the birdman looked majestic in his costume, the Bruce Wayne of 1992's "Batman Returns" seemed a bit tired, judging by his look.

The upcoming comedy film revolves around a washed up actor, who once played an iconic superhero. He must overcome his ego and family trouble as he prepares to mount a Broadway play in a bid to reclaim past glory.

Besides 61-year-old Keaton, several other A-list stars support the feature. Among them are Emma Stone, Zach Galifianakis, Edward Norton, Naomi Watts and Andrea Riseborough, who is cast as Laura.

Inarritu, who served behind the lens for such critically acclaimed films as "Babel" and "Biutiful", also co-produces and co-writes "Birdman", which has no release date yet. 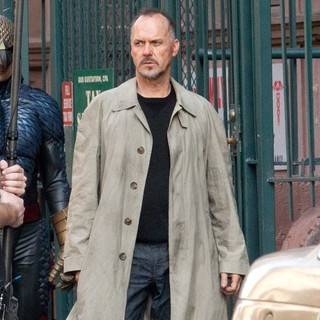 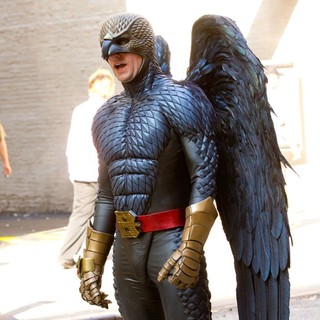 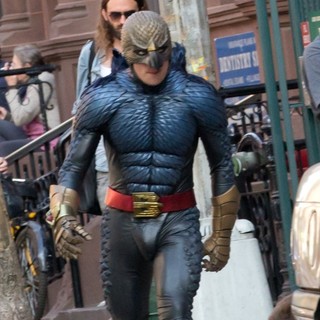 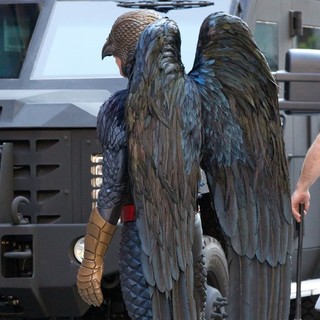 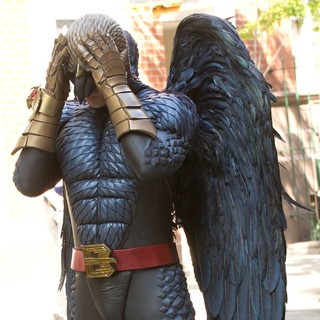