Photos: Woody Harrelson and Isla Fisher on 'Now You See Me' Set in Las Vegas

Joined by Jesse Eisenberg, Harrelson and Fisher continue the principal photography in the Sin City after previously wrapping most of their scenes in New York.

AceShowbiz - Woody Harrelson and Isla Fisher have started to work on their new thriller film, "Now You See Me" in Las Vegas. The two actors were photographed filming a scene with co-star Jesse Eisenberg on Tuesday afternoon, April 10.

On the filming day, Harrelson was snapped donning a black tux that he paired with a hat, while Fisher was caught on camera wearing an all-black ensemble and boots. As for Eisenberg, he was seen rocking a sweater and denims.

This wasn't the first time Harrelson and Fisher were spotted working on "Now You See Me" set. The Haymitch of "The Hunger Games" and the Gloria of "Wedding Crashers" have previously been photographed shooting most of their scenes in New York before heading to the Sin City.

"Now You See Me" follows an FBI agent who tracks a group of illusionists called The Four Horsemen, who pull off bank heists during their performances and reward their audiences with the stollen money. The movie is directed by Louis Leterrier. 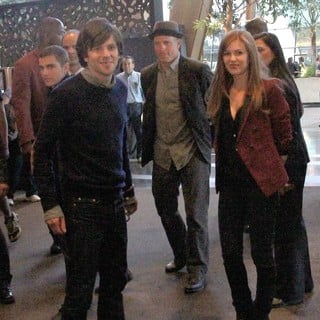 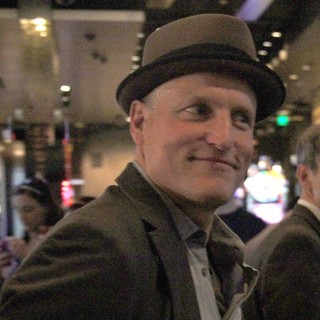 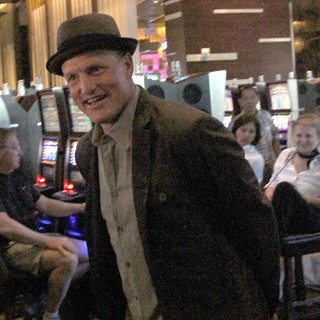 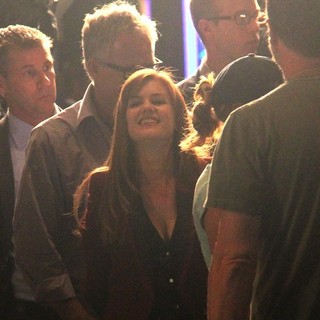 Eminem and Warren G to Join Snoop Dogg and Dr. Dre at Coachella