The 'Thor' actor and the 'Tron Legacy' actress have been snapped filming a wedding scene on the London set of the upcoming biopic about F1 racer James Hunt and his rival Niki Lauda.

AceShowbiz - Chris Hemsworth and Olivia Wilde have exchanged vows for their upcoming film "Rush". The on-screen couple were photographed filming a wedding scene in London on Monday, April 2. Looking gorgeous in a classic gown, Wilde was all smiles as she shared a passionate kiss with the "Thor" actor.

Hemsworth stars as Austrian racer James Hunt in the upcoming biopic. The story revolves around Hunt's rivalry with British racer Niki Lauda and the competition between their Formula 1 racing teams, McLaren and Ferrari. Tackling the part of Lauda is Daniel Bruhl.

Set in the 70's, "Rush" is helmed by "Arrested Development" director Ron Howard. Peter Morgan serves as the screenwriter for the upcoming movie, which is expected to hit the U.S. theaters sometime in 2013.

Back in March, director Howard opened up about Lauda and Hunt's relationship in the biopic. The Oscar winner said, "Lauda and Hunt were rock stars of the race track: two absolute pros at the top of their game, in a time when sex was safe, driving was dangerous and all bets were off."

"They were also complicated, fascinating and born rivals," he explained. " 'Rush' will be as much about that personal rivalry as it will be about the thrill of the race." 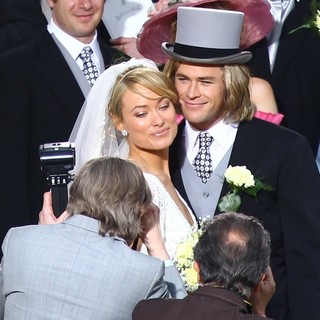 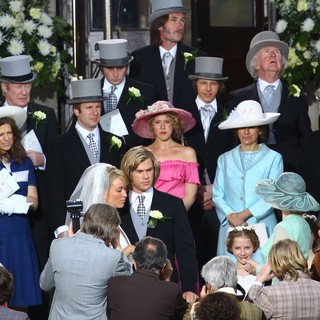 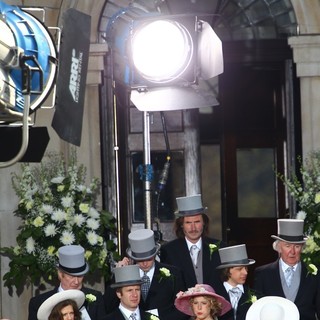 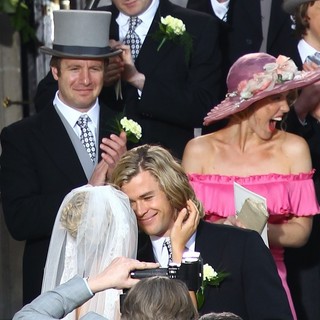