Serving as musical guests at the German awards show, GaGa and Bieber receive an award each from Karl Lagerfeld and Gwyneth Paltrow respectively.

AceShowbiz - Lady GaGa and Justin Bieber continued their invasion in Europe. Fresh off their big wins at the 18th annual Europe Music Awards in Belfast, North Ireland, the Mother Monster and the Canadian teen star flew to Germany to perform at 2011 Bambi Awards which took place at the Rhein-Main-Hallen in Wiesbaden.

GaGa rocked all-black outfit complete with sunglasses and delivered her latest single "Marry the Night" while playing a piano which was attached to a car. Bieber, meanwhile, opted for all-white ensemble for his "Mistetoe" set. Before exiting the stage, he greeted his two female fans who were brought to the stage by the host.

Beside singing, both GaGa and Bieber also came to the stage to collect an award each that Thursday night, November 10. The former was presented with International Pop Award by fashion designer Karl Lagerfeld, while the latter was given Entertainment Award by Gwyneth Paltrow who looked stunning in a green sequins dress with deep V-neck.

"Country Strong" songstress Paltrow graced the red carpet in the same green dress she wore to present the Entertainment Award to Bieber. The popstar, meanwhile, chose to go black with dark-colored shirt, vest, jeans and sneakers when posing for the photographer outside.

However, it was GaGa who stole attention with her bizarre number. Proudly displaying her Golden Deer trophy to the reporters, the winner of International Pop Award was covered from head to toe in a gold-and-cream long dress when hitting the press room. The outfit consisted of a fluffy skirt which elegantly swept the floor, and a sequins top with a fitted hoodie. 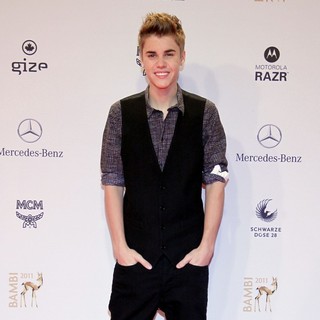 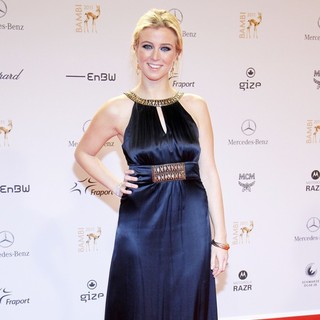 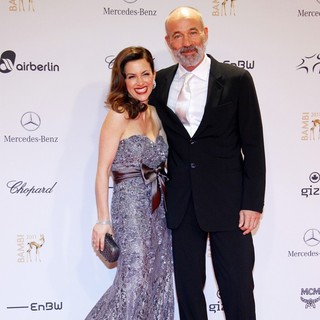 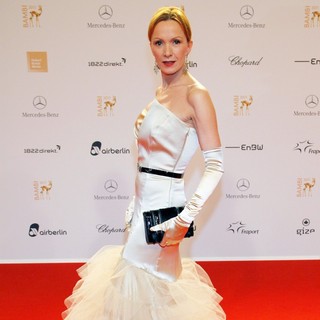