GaGa gets four gongs at the 18th annual Europe Music Awards, while Bieber along with Bruno Mars and 30 Seconds to Mars receives two kudos.

GaGa accepted Best Female from Hayden Panettiere that night, beating Adele, Beyonce Knowles, Jennifer Lopez and Katy Perry. Wearing a bizarre silver dress and concealing her face under an oversized tilted hat, the outlandish singer said, "Thank you so much, I love you so much. I'm so grateful. I'm really smiling right now, but I know you can't tell."

The New Yorker was also honored with Best Song, thanks to her single "Born This Way". She pushed aside Bruno Mars and Jennifer Lopez, and once again beat Adele and Katy. Upon accepting the award, she gushed, "I knew that this song was very special when I wrote it." She added, "I just didn't know how special it would be. I love you Little Monsters, until the end!"

GaGa brought a total of four kudos by collecting Best Video for "Born This Way", and winning Biggest Fans. The Grammy-winning singer got the former prize after battling Adele, Beyonce, Beastie Boys as well as Justice. She, meanwhile, received the latter honor after going head to head against Bieber, 30 Seconds to Mars, Paramore and Selena Gomez.

Although losing Biggest Fans to GaGa, Bieber got a sweet revenge by taking down the Monster ringleader in Best Pop. The "Mistletoe" singer additionally beat such seniors as Katy, Britney Spears and Rihanna. He accepted his second gong by winning Best Male over Mars, David Guetta, Eminem and Kanye West. Brushing off love-child rumor, Bieber said, "There's been a lot of crap on the internet lately."

The show was made merry by live performances from the winners like GaGa, Bieber and Mars. Special honoree Queen, who were given Global Icon, entertained star-studded audience as well by closing the event with Adam Lambert. The other performers were Coldplay, Jessie J, LMFAO, Red Hot Chili Peppers and Snow Patrol. 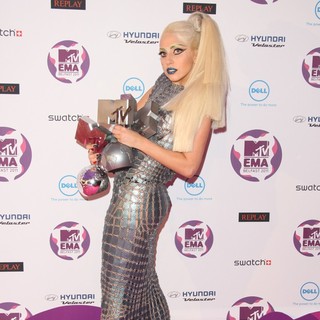 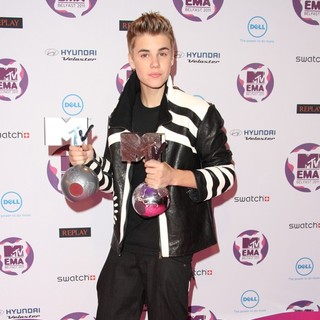 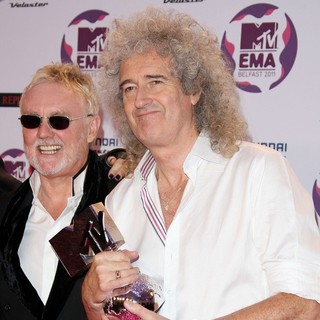