Pics: Shakira Honored With a Star on Hollywood Walk of Fame

Being the first Colombian to get her name on the famous sidewalk, the 'Hips Don't Lie' hitmaker says on the Tuesday, November 8 ceremony that she's dedicating the honor to the Latin community.

AceShowbiz - Shakira has been immortalized on the Hollywood Walk of Fame. The Grammy winner officially became the first Colombian to get her name on the famous sidewalk as she was presented with the 2,454th star, which is located in front of the W Hollywood Hotel on Hollywood Boulevard, on Tuesday, November 8.

During the unveiling ceremony of her star, the "Waka Waka (This Time for Africa)" singer was joined by her mother Nidia Ripoll, City Councilman Eric Garcetti and hundreds of screaming fans. Upon receiving the honor, she said in the beginning of her acceptance speech, "This is incredible. I would like to thank all of you."

During her speech, the 34-year-old also said that she would like to share the honor with her fans in the United States who "have listened, supported and understood my music all these years." She also dedicated her star to Hispanics in the States whom she described as "a community that works and dreams, every day, to make this a better country."

The girlfriend of soccer player Gerard Pique went on to remember when she came to the boulevard as a 7-year-old tourist. She shared to the crowd that her mother told her at the time, "Shaki, one day you're gonna have your name on this place." She continued, "If someone had heard that conversation, they would have thought she was insane."

With the star, Shakira joined Gloria Estefan, Julio Iglesias, Celia Cruz and other Latinos recognized on the famous Walk of Fame. She received the honor just a day before she will be awarded with 2011 Latin Recording Academy Person of the Year at the 12th Annual Tribute Gala at the Mandalay Bay Convention Center in Las Vegas. 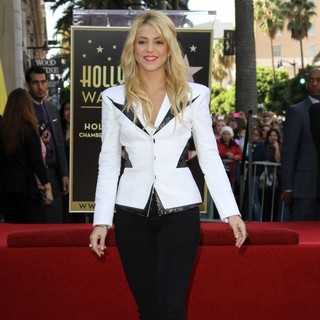 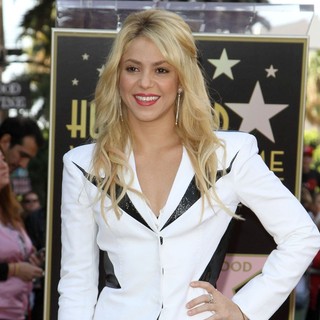 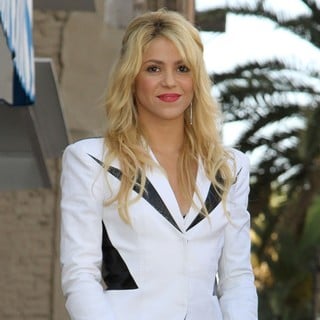 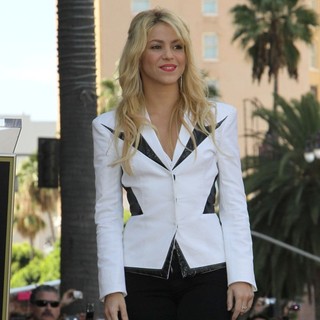 Madonna's 'Give Me All Your Love' Demo Leaks in Full