Salary Dispute Puts 'The Simpsons' and 'Dexter' in Jeopardy

20th Century Fox is seeking to dramatically cut the salary of 'Simpsons' voice cast, while Showtime reportedly could not agree with the $24 million asked by Michael C. Hall.

AceShowbiz - "The Simpsons" and "Dexter" are currently facing a similar problem. The future of both shows is now up in the air due to a contract dispute between the main cast and the production company or the network.

20th Century Fox Television recently announced that it "cannot produce future seasons [of 'The Simpsons'] under its current financial model." An insider said the actors, including Dan Castallaneta (Homer), Nancy Cartwright (Bart), Harry Shearer (Mr. Burns and Ned Flanders) and Hank Azaria (Moe the bartender, Chief Wiggum and Apu), are willing to take a pay cut of roughly a third, but the studio is seeking to take a 45|percent| cut in salary.

The animated show that airs on FOX has averaged 7.1 million viewers in its current 23rd season, which shows a 19|percent| drop from five years ago. The network is "hopeful that we can reach an agreement with the voice cast that allows 'The Simpsons' to go on entertaining audiences with original episodes for many years to come."

As for "Dexter", the contract dispute that arises in the wake of the the show's biggest premiere on Sunday, October 2, only involves lead actor Michael C. Hall. Deadline reported that the title character depicter asked $24 million over the next two seasons, while Showtime offered him $20 million.

Talks between the two parties were said to have broken down as they could not bridge the $4 million gap. Still, the pay cable is hopeful about striking a deal either for two seasons or one. Hall himself, who also serves as executive producer for the crime series, recently said that he doesn't "have any reason to believe that this sixth season will be [the show's] last." 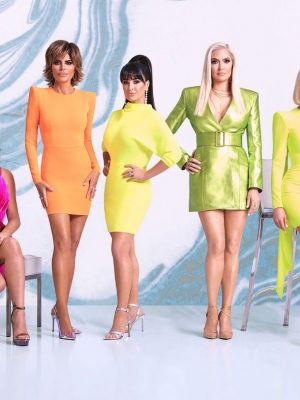