While Avril claims to love her edge, the 14-year-old sister of Kim Kardashian herself credits her family for making her comfortable in strutting her stuff at the Abbey Dawn fashion show.

AceShowbiz - Kylie Jenner has made her runway debut during New York City's Fashion Week. On Monday, September 12, the half-sister of Kim Kardashian strutted her stuff on the catwalk modeling for Avril Lavigne's clothing line Abbey Dawn, and has earned herself praises from the singer/designer herself.

After the fashion show, Avril shared her thought on Kylie's performance. "She did a really good job. I love her edge." she told PEOPLE. The 26-year-old sounded similar praise in another interview. To Hollywood Life, she said, "I think she's adorable. She's the youngest of all the sisters and I love her edge, so she's perfect to walk in the Abbey Dawn [show]."

At the Monday show, Kylie modeled three outfits in total, and closed the show in a black cocktail dress. Watching the 14-year-old from the sideline were her sisters, Kim, Kourtney Kardashian and Kendall Jenner, as well as Kim's husband Kris Humphries and half-brother Brody Jenner, who is dating Avril.

Speaking of the full support from her family, Kylie told PEOPLE, "I loved having my family there. They made me so much more comfortable!" After the show, she took to Twitter to express her excitement, "Wow..had the most amazing time!!!"

Kim and Brody also made use of Twitter to express their admiration. While Kim tweeted, "Just left Avril Lavigne's fashion show with my lil sis Kylie Jenner walking in it. She was so fab!", Brody wrote, "Just saw @KylieJenner walk in the @AbbeyDawn fashion show!.. She looked beautiful and was such a natural. Proud to be her brother :)" 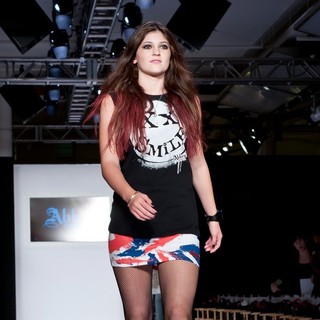 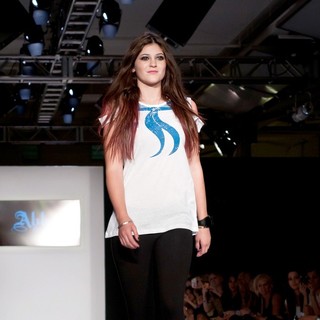 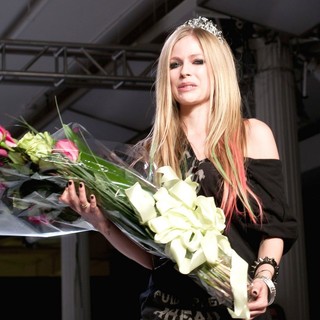 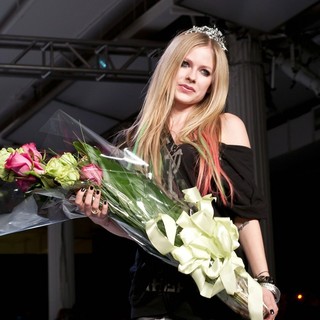 Kylie Jenner and Fai Khadra Cozying Up in Paris in New Pics - Are They Dating?

Kylie Jenner on Being Accused of Calling Herself 'Brown Skinned Girl': It's Photoshopped