The Material Girl poses on the red carpet with actresses Abbie Cornish and Andrea Riseborough when coming to the Toronto Film Festival to promote the movie.

AceShowbiz - Madonna dropped by 2011 Toronto Film Festival on September 12 to promote her new directorial movie "W.E.". The Material Girl opted for a Tom Ford black dress with sheer sleeves and overlay. She matched it with Brian Atwood shoes, a Ferragamo bag, and Neil Lane jewelry.

The "Hard Candy" singer was joined by her two stars Abbie Cornish and Andrea Riseborough. The former wore an ivory beaded gown with a tiered chiffon overlay details by Elie Saab, while the latter donned a Dolce & Gabbana green sequins dress.

The Monday red carpet event was held in front of Roy Thomson Hall. It was preceded by a press conference at Bell Lightbox with Madonna and Andrea in attendance. The director rocked a red top and black skirt, while the actress playing Wallis Simpson in the movie chose a black lace gown.

Marking Madge's second directorial stint after 2008's "Filth and Wisdom", "W.E." highlights the affair between King Edward VIII and Wallis Simpson that led to the British royal abdicating from the throne to marry his divorcee lover. While Simpson is played by Andrea, King Edward VIII is tackled by James D'Arcy.

Meanwhile, Abbie portrays Winthrop, another woman caught up in a similar affair. Her on-screen secret lover is going to be played by Oscar Isaac. The drama was premiered at the 68th Venice Film Festival as part of out of competition movies, and is slated for a limited release in U.S. theaters on December 9. 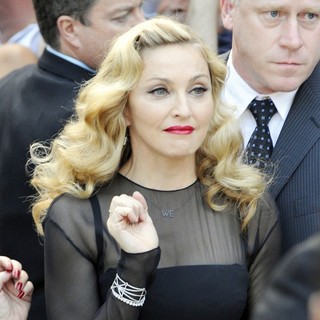 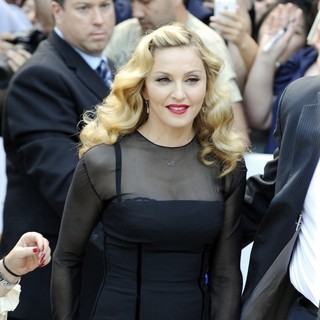 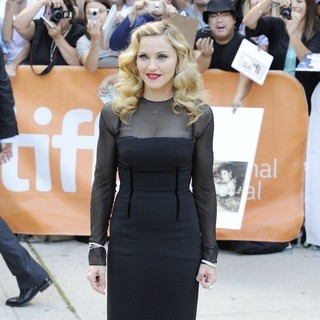 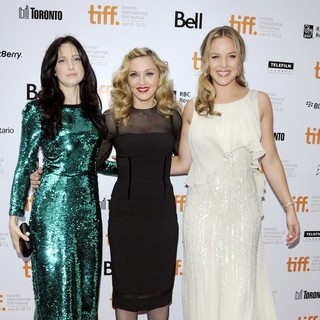