Flaunting her bump in a black halter maxi dress, the 'Fantastic Four' actress was supported by her husband and her 3-year-old daughter at the special screening event.

AceShowbiz - A very pregnant Jessica Alba stole the spotlight as she arrived at the premiere night of her latest adventure movie, "Spy Kids 4: All the Time in the World", at the Regal Cinemas L.A. Live in Hollywood on Sunday, July 2011. Showing off her bump in a black Dolce&Gabbana halter maxi dress, the "Machete" actress finished off her look with a Roger Vivier clutch bag, Kara Ackerman studs, a Bande des Quatres ring and Christian Louboutin shoes.

Alba was supported by husband Cash Warren and her 3-year-old daughter Honor. She was also joined by her on-screen husband Joel McHale, who donned plaid blue shirt under his suit. At one point, McHale jokingly hid Alba's bump behind his suit when they posed for a picture along with their co-star Jeremy Piven.

Alba is tapped for the "Spy Kids 4" to portray Marissa Cortez Wilson. She's a a retired spy who is forced to go back in action with her two step children Rebecca and Cecil after maniacal Timekeeper threatens to rule the world.

Back in July, in an interview with Us Weekly, the 30-year-old opened up that being a mother in her real life had helped her to play the role in the movie. "I took lot from personal experience, I think it was all personal experience," she admitted. "It was a much nicer, cleaner, prettier version, being in a Robert Rodriguez movie, he polishes everything up and makes it look really cool and slick and awesome and in real life it's just simply not that pretty."

This fourth installment of "Spy Kids" film franchise is directed and written by Robert Rodriguez. It's slated for August 19 release in theaters across the U.S. Joining Alba, McHale and Piven in the casting department are Antonio Banderas, Rowan Blanchard, Mason Cook, Danny Trejo and Alexa Vega. 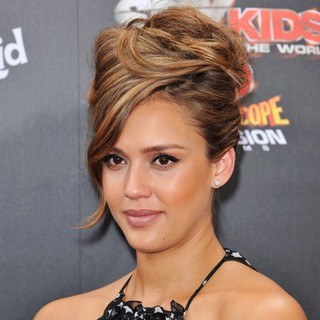 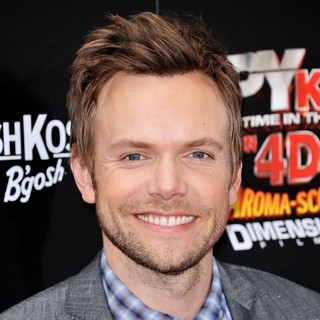 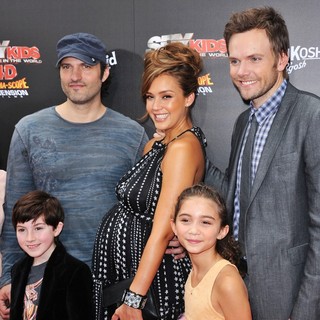 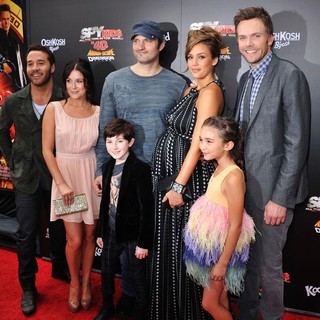 PHOTO GALLERY: "Spy Kids 4: All the Time in the World" Premiere

Plot Details of 'Two and a Half Men' Season 9 Uncovered