Kate Middleton Goes Casual on First Night Out in Canada

The Duchess of Cambridge trades her midnight-blue, lacy-sleeved dress by Erdem Moralioglu with a bird-print Issa wrap dress for an informal barbeque dinner at the Rideau Hall in Ottawa.

AceShowbiz - After dazzling many in a lacy-sleeved dress upon her arrival on Thursday afternoon, June 30, Kate Middleton got more casual on her first night out in Canada. Attending an informal reception for young Canadian volunteers in Ottawa, the wife of Prince William wore a black and white Issa wrap dress with birds print.

The Duchess of Cambridge completed her casual look with wedge-style sandals for the dinner taking place at the Governor-General's 175 room mansion, Rideau Hall. The Issa number was her third dress of the day. When she boarded plane at London's Heathrow Airport earlier on Thursday, she put on a navy blazer by Canadian designer Smythe Les Vestes, over a navy Manon dress by Roland Mouret.

Before she and William touched down in Canada, Kate traded the ensemble with a midnight-blue, lacy-sleeved dress by Erdem Moralioglu, who is based in London, but was born in Montreal. For her arrival look, the 29-year-old kept her accessories simple. She paired up the dress with nude patent platform pumps and a coordinating clutch bag.

As for the Thursday night event, Kate and William joined 120 young people at an informal barbecue dinner, which was moved inside the Tent Room because of sudden rain showers. PEOPLE reported that when the duchess spoke to a table, one of them asked her if she and her husband were worn out from the day of traveling. To which, she replied, "We are fine, not too bad."

Kate and William are set to take part in Canada Day celebrations, which mark Canada's 144th Birthday, in Ottawa on Friday, July 1 before heading to Montreal on Saturday, July 2 for the Montreal Jazz Festival. 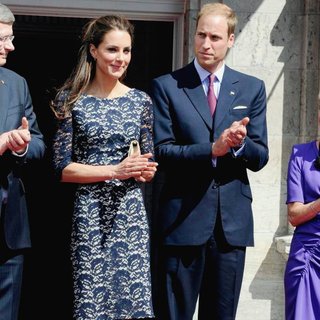 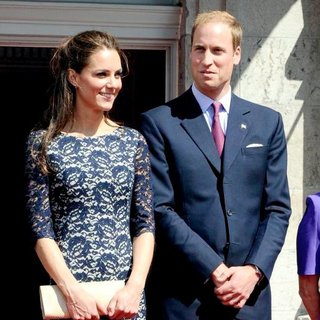 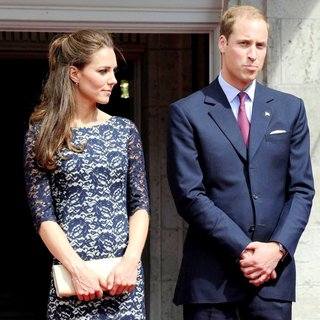 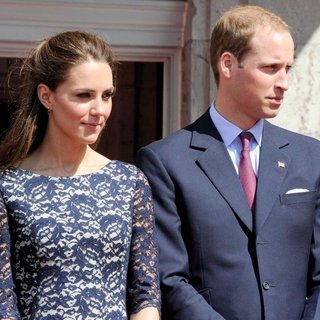