Filming last scenes for the long-running HBO show, the likes of Adrian Grenier and Jeremy Piven take to their Twitter to say goodbye.

AceShowbiz - Tuesday, June 28 has been the last day %cAdrian Grenier% and other "Entourage" cast members hitting the set of the long-running comedy series. They have filmed the last scenes for the eight and last season of the show which will debut this July 24 on HBO.

Bidding farewell to the show and his "entourage", Grenier tweeted, "That's a wrap! See you July 24th." The day before, the Vincent Chase depicter wrote, "Two days left of shooting Entourage; 8 years in 2 days. I don't know what I'll miss more, the laughs or the love."

Grenier additionally posted several pictures from the set during their last day filming. One of them features a hangar which is shot from a plane's gate. Under the photo there is a caption read, "This is what the end looks like."

%cJeremy Piven% also updated his Twitter account with similar post. "last day on Entourage here, thank you guys for joining us for 8 seasons! Starts up July 24th," he wrote on Tuesday. %cJerry Ferrara%, meanwhile, tweeted, "Last shooting day of #entourage. It has been the time of my life."

%cCaitlin O'Connor% also took to the social networking site to share tidbit from the production. "Filming the last episode ever today. I play a flight attendant named Courtney!" she wrote while sharing a picture of her wearing a stewardess uniform. 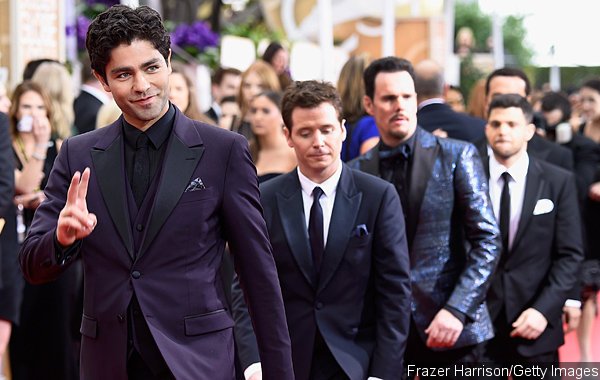