The Slim Shady makes the crowd go wilder when he performs his No. 1 single 'Love the Way You Lie' with Rihanna.

AceShowbiz - Fresh from performing together in front of a burning house for "Love the Way You Lie" video shoot, Rihanna and Eminem hooked up once again, this time for her Last Girl on Earth tour. The two big stars shared the spotlight at Los Angeles' Staples Center on July 21 for a live duet of "Love the Way You Lie".

The Wednesday night gig was kicked off with performances from Travis McCoy who filled his 20-minute set with such songs as "The Manual" and "Billionaire". Next, there was Ke$ha who rose the tempo with dance tracks like "Blah Blah Blah", "Your Love Is My Drug" and her claim-fame single "Tik Tok".

Following the two opening sets, Rihanna took over the stage. The Barbadian singer started with solo performances for the likes of "Disturbia", "S.O.S." and "Please Don't Stop the Music". Late that night as the energy soared, Eminem appeared from beneath the stage just in time when she began "Love the Way You Lie".

Together, they pumped up the crowd with the chart-topping single which music video is highly anticipated. The Slim Shady in his black get-up dominated the set with his verses, with Rihanna gracefully supporting him by tackling the singing part. One song seemed not enough as the revelers chanted for more when the two disappeared together beneath the stage.

Rihanna kept "Live Your Life", "Run This Town" and "Umbrella" to close the concert and send concertgoers home. 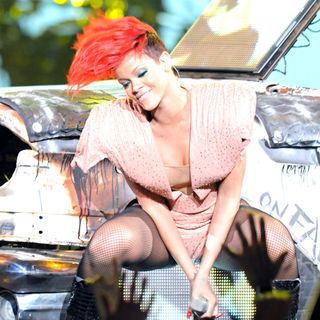 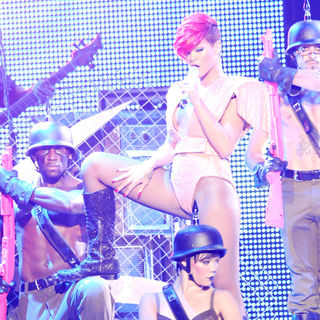 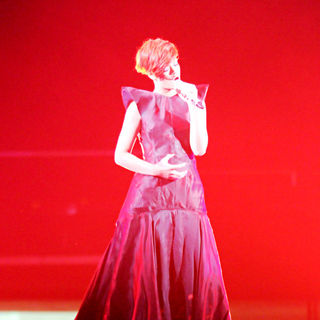 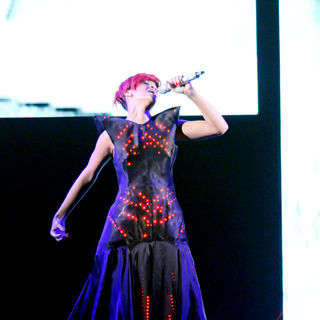 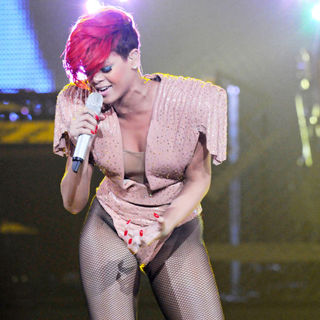 Rihanna 'Obsessed' With Her Baby Boy