After singing 'Can't Be Tamed', Miley Cyrus performs 'Every Rose Has Its Thorn' with Bret Michaels at the Central Park of Summerstage Rumsey Playfield.

The "Hannah Montana" actress was then joined by Bret Michaels, who appeared with his signature cowboy hat. Together, they entertained concertgoers packed into Summerstage Rumsey Playfield with revamped version of the Poison's classic ballad "Every Rose Has Its Thorn".

Miley who decided to ditch her clean-cut image for her new album, spared time to comment on the harsh criticism she received over her new raunchy image. She said, "It's always going to be hard, because there's so much stuff you have to get through in order to get to the stuff that's real. You have to get through all the people that are 'yes' people and get to the people that are real. There are people who are negative just to be that way."

As for Bret, this rocker shared his gratitude for surviving from a brain hemorrhage last month. "For me and I say this again, I feel blessed because I'm one of the 20 percent [to survive]. It was a scary few days. It's a nice feeling to know I survived," he stated. "I figure I'm losing organs so fast, I'd better get out there really quick."

Miley Cyrus is going to release "Can't Be Tamed" in the United States on June 21. Bret Michaels plans to drop his own record titled "Custom Built" the next month, on July 6.

"Every Rose Has Its Thorn": 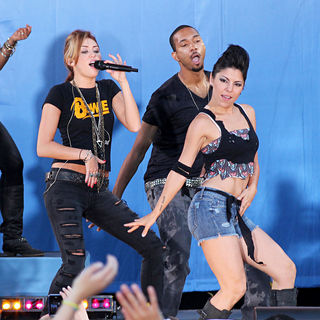 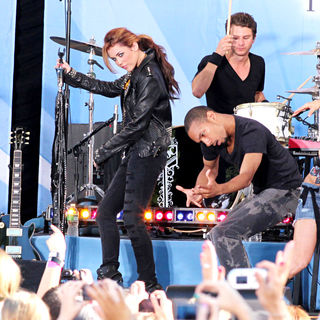 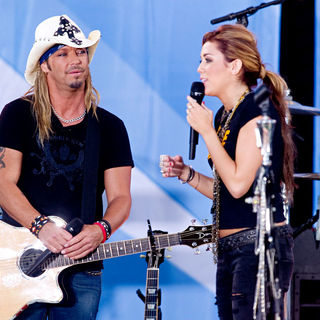