This year's guests of the event held in Monaco include Ian Somerhalder and his co-stars, Elizabeth Mitchell and Jessica Szohr.

AceShowbiz - Monte Carlo TV Festival this year has been kicked off with a number of celebrities attending the opening ceremony. The first day of the annual event saw Paul Wesley and his "The Vampire Diaries" co-stars Nina Dobrev and Ian Somerhalder gracing the red carpet for a press photo call.

At the festival held in Monaco, they each took turns making a pairing combination. While Paul and Nina looked camera-ready, Ian appeared scruffy and unkempt. The three of them were fresh from promoting the CW series in London last week.

Also spotted among the familiar faces were Prince Albert, Jessica Szohr of "Gossip Girl" and Elizabeth Mitchell of "V".

The 2010 Monte Carlo TV Festival is held from June 6 to 10 at the Grimaldi Forum, Monaco. The opening ceremony is followed by a screening of HBO's TV movie "You Don't Know Jack". There would be other screenings in the next few days before the black-tie event, Golden Nymph Awards, on Thursday. 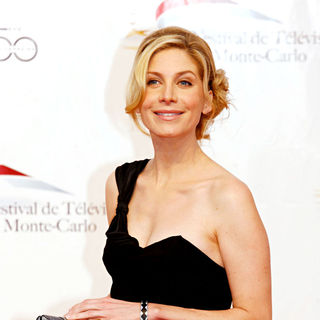 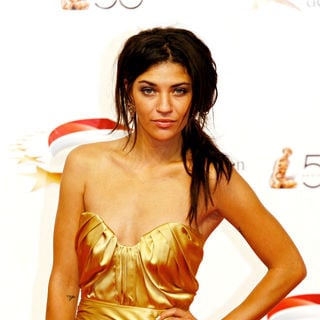 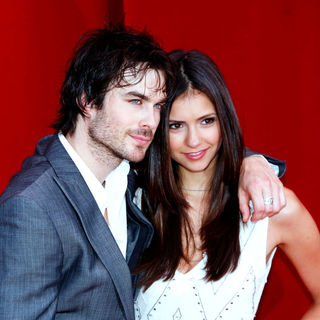