Iron Man and War Machine are featured together on the theater standee and the still, but captured individually in the posters.

AceShowbiz - After debuting a new trailer for "Iron Man 2", Paramount Pictures has provided other sneak peeks to the film by releasing a theater standee, two character posters and one still which highlight Tony Stark/Iron Man and his buddy Colonel James "Rhodey" Rhodes/War Machine. Both characters are featured wearing their armors in all shots and captured individually in the one-sheets.

"Iron Man 2" will see Tony who is forced to share his technology with the military after the world is aware that he is the man behind the armored superhero Iron Man. Unwilling to divulge the secrets behind the Iron Man armor because he fears the information will slip into the wrong hands, Tony forges new alliances and confronts powerful new forces with Pepper Potts and James at his side.

%cRobert Downey Jr.% and %cGwyneth Paltrow% reprise their roles as Tony and Pepper respectively, while %cDon Cheadle% is tapped to replace %cTerrence Howard% as James. Additionally, the film will introduce new characters such as Black Widow/Natasha Romanoff portrayed by %cScarlett Johansson% and Whiplash/Ivan Vanko played by %cMickey Rourke%. %cJon Favreau% still directs this "Iron Man" sequel which is slated to open wide in U.S. theaters on May 7. 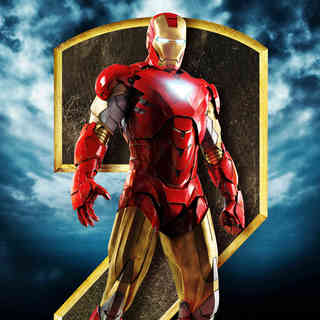 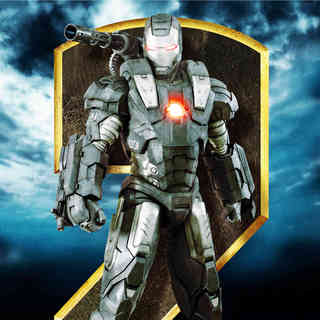