In addition to the image which features the alter egos of Red Mist and his fellow superheroes, there are also five new banners which capture the major characters in their costumes.

AceShowbiz - Promotional effort to support "Kick-Ass" keeps continuing as the film has just got some new banners. Debuted by GeekTyrant, one of the pictures has four major characters in their original appearances, giving a look at Chris D'Amico, the boy under Red Mist's mask. In the said photo, he is featured alongside Dave Lizewski, Damon Macready and Mindy Macready, all without their superhero costumes.

In another picture, the foursome is shown together while becoming their alter egos. Later, Kick-Ass, Hit Girl, Big Daddy as well as Red Mist are featured individually in the other fresh images which also have a tag of the film's U.S. release date, which is April 16.

Adapted from a comic book series by Mark Millar and John Romita Jr., "Kick-Ass" follows the story of average teenager Dave Lizewski who decides to take his comic-book obsession as inspiration to become a real-life superhero. Assembling green-colored suit and mask to wear, he opts to be called Kick-Ass and gets to work fighting crime.

As a superhero wannabe, Kick-Ass actually has no superpower. However, his life is forever changed as he inspires a subculture of copy cats, is hunted by assorted violent and unpleasant characters, and meets up with a pair of crazed vigilantes. 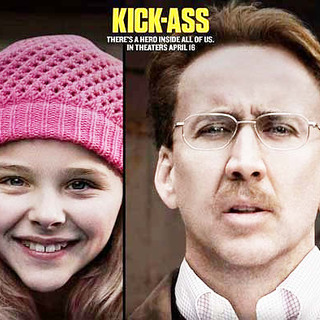 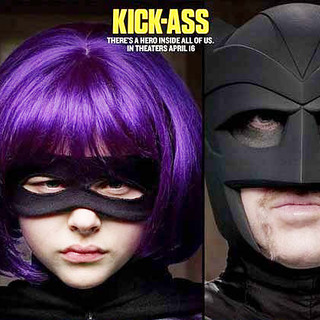