More Photos of 'Transformers: Revenge of the Fallen' Robots

Movie stills from the second installment of 'Transformers' series reveal Optimus Prime and his swords, Devastator in the desert and more.

AceShowbiz - With "Transformers: Revenge of the Fallen" coming around the corner, Paramount Pictures are pushing its promotion by releasing more photos from the sequel film. Five photos display none of the human characters but the giant robots both in close and long shots. Spotted are Bumblebee, Optimus Prime along with his swords, Demolisher and Devastator.

Coming to U.S. theaters on June 24, the sequel to "Transformers" sees Sam and Mikaela under attack by the evil Decepticons because of something Sam has learned about the origins of the Transformers and their ancient history on Earth. To acquire this knowledge, the invading Decepticons need to capture Sam instead of kill him.

Writer Alex Kurtzman just shares a little more about the plot, saying "(Sam) is very unjaded and he has an open heart, and I think that's what (the Autobots) see in the character that allows them to feel they can communicate with him and share their secrets."

He adds, "It turns into a plot reason as well. In the first one he's the keeper of the map, and in the second one, he in a way has become the map."

On another news, tickets to the Michael Bay-directed flick are now officially on sale for early birds. 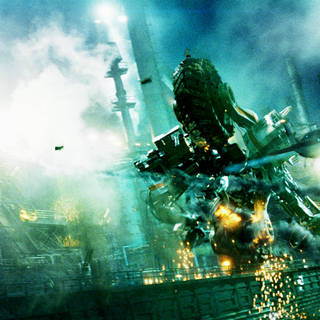 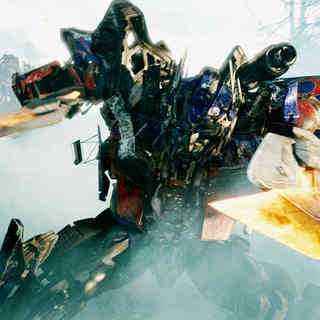