Lincoln Six-Echo (McGregor) is a resident of a seemingly utopian but contained facility in the mid-21st century. Like all of the inhabitants of this carefully controlled environment, Lincoln hopes to be chosen to go to the "The Island" - reportedly the last uncontaminated spot on the planet. But Lincoln soon discovers that everything about his existence is a lie. He and all of the other inhabitants of the facility are actually human clones whose only purpose is to provide "spare parts" for their original human counterparts. Realizing it is only a matter of time before he is "harvested," Lincoln makes a daring escape with a beautiful fellow resident named Jordan Two-Delta (Johansson). Relentlessly pursued by the forces of the sinister institute that once housed them, Lincoln and Jordan engage in a race for their lives to literally meet their makers.

Rounding out the main cast of "The Island" are Oscar nominee Djimon Hounsou ("In America," "Gladiator") as the head of the security team sent to hunt down Lincoln and Jordan; Steve Buscemi ("Ghost World," "Armageddon") as a man who befriends Lincoln despite working for the institute; and Oscar nominee Michael Clarke Duncan ("The Green Mile," "Armageddon") as another resident who is unaware of his fate when he is selected to go to "The Island."

Island, The News and Articles 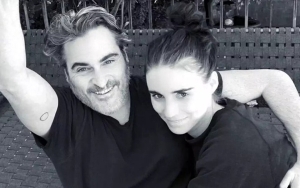 Joaquin Phoenix and Rooney Mara to Play Couple in 'The Island'