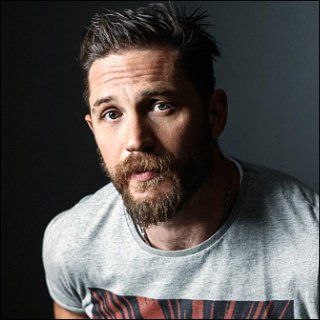 Tom Hardy dealt with alcoholism, drug addiction and delinquency during his younger years, but was able to emerge as one of sought-after actors Hollywood has ever had. Immediately claimed to fame after starring in his debut project, the war drama miniseries "Band of Brothers" (2001), he ventured to big screen that same year and starred in hit war film "Black Hawk Down". The following year, he gave a hand at different genre, taking the role of lead villain Shinzon in "Star Trek: Nemesis". He continued starring in several other films then before being billed to star in the 2007 "Stuart: A Life Backwards". Thanks to his portrayal of Stuart Shorter that he earned a Best Actor nomination from the British Academy of Film and Television Arts.

In 2008, Hardy appeared in the %cGuy Ritchie% directed film "RocknRolla", and the next year he starred as the title character in British fictionalized biographical film "Bronson" and successfully won British Independent Film Award for Best Actor. "Inception" (2010), "Warrior" (2011), and "This Means War" (2012) were some of his many films afterwards. He continued appearing in several high profile flicks, including as Bane in "The Dark Knight Rises" (2012) and as Max Rockatansky in "Mad Max: Fury Road" (2015). He, moreover, was also well known for starring on TV series "Wuthering Heights", based on the novel of the same name.