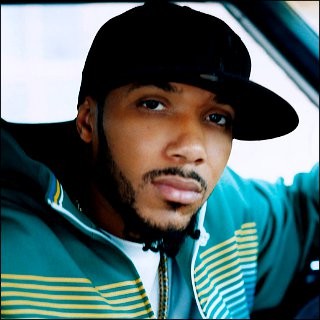 The formula to getting it through the music business is not simply possessing a talent and being able to grasp the audience when the music is played. A background story that make up the X Factor of an artist is also crucial in building a fan base. Lyfe Jennings is particularly having 'it'. Born as Chester Jennings on June 3, 1978, he already had a vision of life since his youth. In his hometown of Toledo, Ohio he formed a teen singing group consisting of his brother and two cousins and named themselves Dotsons. The group was short-lived but Jennings continued to pursue a career in music as a solo. The plan did not go as smooth as expected for brutality, lacking a father figure and harsh environment led him to a life in prison. He was only 14 when he was sentenced for arson and required to go behind the bars in 1992. But it was exactly the same place that brought him back to reality and fortunately, also changes to the teen.

While being incarcerated, Jennings took the most of his serving time by learning to play guitar and consequently write a song. It was in 1997 when a copy of Erykah Badu's debut album "Baduizm" got in his hand and became a strong motivator of his career choice. Ten long years after he first stepped in the prison cell, Jennings smelled the outside air for the first time in December 2002. The freedom was not wasted being a wanderer. Just one day after his exit, he entered the booth to record several songs that he had penned while in prison. The session resulted in a four-tracks EP that he showcased in a local club the next day. Barely a month later he managed to secure a gig at "Showtime in Harlem" that took place in the prestigious Apollo Theater. When he climbed up the stage for the "Amateurish Night", he was booed by the audience, but as soon as he strummed the guitar and delivered his purpose, the crowd went amazed. He scored five winnings at the gigs show and even received a standing ovation at one point.

His songs "What Is Love" and "She Got Kids" received airplays in local radios, thus giving the necessary boost of sale of his EP which then reached more than a thousand copies. Suddenly calls rushed in. Executives, concert promoters and even label representatives came looking for him in the hope of getting his signature. Packed with the determination to step up in the game, Jennings gathered his courage to move to New York City. He was signed to Columbia Records and soon thereafter nabbed chances in several showbiz events such as concerts and recording sessions. He wrote some songs for the label, made a cameo in music videos and opened for other artists' concert. Soon he found himself working with the pros to shape his debut album. "Lyfe 268-192" was released in August 2004, led by the single "Must Be Nice" that received heavy spins on radio outlets. The set reached #9 on Billboard Hot 200 chart and went on selling more than 1 million copies. Due to the success, it was than re-released with additional remixes that featured Fantasia Barrino and Nas. For the effort, he was nominated for Best R&B/Soul or Rap New Artist at the 2006 Soul Train Music Awards and his song "Must Be Nice" received a nomination at Billboard R&B/Hip-Hop Awards in the same year.

Taking off with the good start, Jennings began working on his sophomore effort which was completed in December 2006 and named "The Phoenix". Due to his growing popularity, the album received a higher debut on the chart, amazingly taking the second spot on the Billboard Hot 200 chart. The album spawned the hit "S.E.X." that eventually became his highest peaking single at that time. Through the album also, he was acquainted to Three 6 Mafia and Young Buck, the latter which became his close pal afterwards. Striking while the iron is hot, Jennings released a third album called "Lyfe Change" that shows the more mature side of him. The album that was dropped on April 29, 2008 contains a number of tracks that talk about social issue like AIDS.