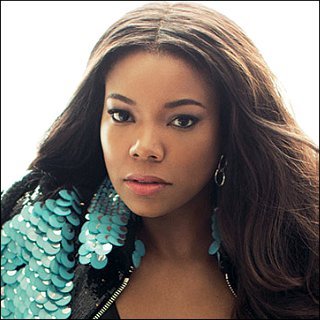 Born on October 29, 1972, Gabrielle Monique Union Wade took acting as her career by accident back in her younger years at UCLA when she had an internship at the Judith Fontaine Modeling & Talent Agency to earn extra academic credits. After completing her internship, she was asked by the agency's owner to become a model upon requests from several clients. Initially wanting to earn money to pay off her college loans, she accepted the offer with no further intention that her agent would then discover she had a talent for acting. After becoming famous, she simply went by the name Gabrielle Union.

In 2000, Union starred opposite Kirsten Dunst in cheerleading movie "Bring It On" as Isis, the role which won her MTV Award nomination for Best Actress. Starring as Will Smith's girlfriend Syd in the 2003 box office hit "Bad Boys II", she was nominated for an Outstanding Actress in a Motion Picture Image Award. The many significant roles she had been portraying led Union to several other parts in such movies, as "Deliver Us From Eva", "Neo Ned", "Cadillac Records", and "Think Like a Man".

In 2014, Union starred in "Think Like a Man" sequel "Think Like a Man Too" and on BET's drama series "Being Mary Jane". In the same year, she wed NBA player Dwyane Wade and became a step mother to his three children from two past relationships. The marriage was her second. Her first was to NFL player Chris Howard from 2001 to 2006. When she was 19, Union was raped at gun point and had since becoming an advocate for survivors of assault.