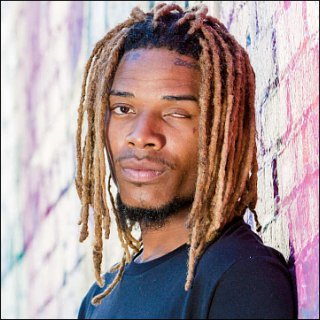 Fetty Wap was born Willie Maxwell on June 7, 1990. When he was a child, he was involved in an "accident" which resulted in the development of congenital glaucoma in both of his eyes. His doctors were able to save one eye and now his left eye is fake.

Wap began taking interest in music in 2012. He initially was just a rapper but later decided to start singing as well because he "wanted to do something different." He launched his career alongside Montana Bucks, Khaos and P. Dice in the hip-hop group Remy Boyz. In 2014, he released solo singles "Addicted" and "Zoovier" and appeared on the Remy Boyz mixtape "1738". He's now signed to Lyor Cohen's 300 Entertainment label which is also the home for fellow rap acts like Young Thug and Migos.

His breakthrough single "Trap Queen" was released in 2015 . The song was first uploaded to his Soundcloud account. His whiny, muffled lyrics over booming production spread like wild fire and became the go-to love song to for trap couples everywhere. Soon after, the song went from the streets of North Jersey to radio stations across the country. No promotion, no rollout, just word of mouth.

"About eight, nine months ago. 'Trap Queen' was actually a freestyle. I freestyled the whole three verses of the song at one time. I just posted it as a rough copy. And then I formatted the song, put a verse on it and made a radio version. It was just one of them nights where I was like, 'Oh my god, do you hear this beat?' When I heard the beat again I just automatically went to the booth," he explained how he created the song in an interiview with XXL late last year.

"So that's how it came about. I was dealing with a female at the time. She kind of really inspired the whole thing. That's really where it came from. [She's] the inspiration of my 'Trap Queen'. The funny part about it is everybody was telling me, 'Why did you put that verse on it, you should have just left it how it was, I think it was best the way it was.' I've only been making music for about a year now. I can't really remember, probably like March or April is when I started taking it serious," he added.