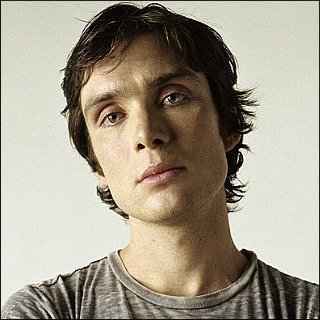 Best known as the star of Danny Boyle's apocalyptic thriller "28 Days Later" (2002), Cillian Murphy has stolen many appraisal from moviegoers. Born on May 25, 1976 in Douglas, Cork, Ireland, his father was a school inspector and his mother was a French teacher. The eldest of four children has two sisters, Sile and Orla, and a younger brother, Paidi, who as he grew up becoming a design engineer.

When he reached school age, Cillian studied law at the University College Cork to at the end realized that he has no heart for the particular field as he stated later on "I'd probably have been wealthier if I had stayed with law, but pretty miserable doing it". Originally possesses an interest in performing which was led by music, he then started to develop the talent, playing guitar with Sons of Mr. Greengenes, a band which was highly influenced by Frank Zappa. However, as time went by he later grew an acting interest and acquired his first major role in the UCC Drama Society production of "Observe The Sons of Ulster Marching Towards The Somme" before soon thereafter appeared on stage in "Disco Pigs" as its main role.

Went touring with "Disco Pigs" in London, Edinburgh and Cork, Cillian enjoyed his early success with the troupe, earning more praise and critical acclaim which eventually led to such realization that acting was no longer merely a hobby to him as to why he deliberately quit his study at UCC without ever graduating. Began his acting career ever since, Cillian cast in numbers of movies before subsequently made his feature debut in the 1998 film of "The Tale of Sweety Barrett", followed then by a performance in the coming-of-age comedy-drama "Sunburn" in the next year.

Becoming more popular than before, the young actor was inundated with several movie projects, naming that of "On the Edge" and "How Harry Became a Tree" which both of drama genre and came up in 2001. Elsewhere in the same year, he reprised his role of Pig for the film version of "Disco Pigs" by Kirsten Sheridan, besides wrote and sang the song "So New" for its soundtrack as well.

He did succeed and gain praise, but it wasn't until Danny Boyle's "28 Days Later" hit the U.S. movie industry in 2003 that he acquired more valuable review from the undoubtedly bigger studios and directors. Albeit such accomplishment, Cillian didn't immediately get promising roles and thus playing small parts instead as seen in "Zonad", "Intermission", "Girl with a Pearl Earring", and "Cold Mountain" all of which were 2003 productions.

After all, the year 2005 finally saw the fruit of his hard work and tenacity as he began to join the cast of "Batman Begins." Originally auditioned for the main role, Bruce Wayne a.k.a. Batman, he unfortunately lost it to Christian Bale and was instead given the role of Dr. Jonathan Crane/The Scarecrow by Christopher Nolan who was impressed by his acting talent. The American superhero/action film, based on the comic book fictional character Batman, was released on June 15, 2005 and was a hit, gaining enthusiastic review from professional film critics and was most of all claimed as one of the best films of the year. Well received by fans and moviegoers, as of September 12, 2005 the $135-million budgeted movie earned nearly $204.1 million in the United States alone and collected an approximately $166 million worldwide, making it the second most successful Batman movie next to its 1989 version and third most successful film of summer 2005 next to "War of the Worlds" and "Star Wars: Episode III - Revenge of the Sith."

Not only such achievement solidified Cillian's acting capability, but also propelled him to the line of most wanted-movie stars. Next off, he played opposite Rachel McAdams in the drama/thriller "Red Eye" (2005) as Jackson Rippner and continued to score another success with an appearance in Neil Jordan's direction entitled "Breakfast on Pluto" (2005) as Patrick "Kitten" Braden, a transvestite prostitute which granted him a 2006 Golden Globe nomination for the category of Best Actor in Musical or Comedy. By 2007, Cillian had three more projects to finish; "The Wind That Shakes the Barley" in which he played opposite Liam Cunningham, "Watching the Detectives" opposite Lucy Liu, and "Sunshine", being in the same scene with Michelle Yeoh, Chris Evans, and Troy Garity.

Apart from the glamour side of Hollywood film industry, this soft-spoken and fair-skinned actor lives a simple life. As of his love life, Cillian married to his long-term girlfriend, Yvonne McGuinness, in August 2004 in Provence, France before previously proposed her while hill walking in Ireland. The couple has a son whom they named Malachy. Overall, Cillian Murphy has proven that he really is a gentleman for he successfully balances his career and personal life in such way that either one could evenly matched. Being so, he smoothly moves forward to land subsequent film roles in "The Edge of Love" (2008) and "Hippie Hippie Shake" (2009), both pairing him with beautiful model-turned-actress Sienna Miller.